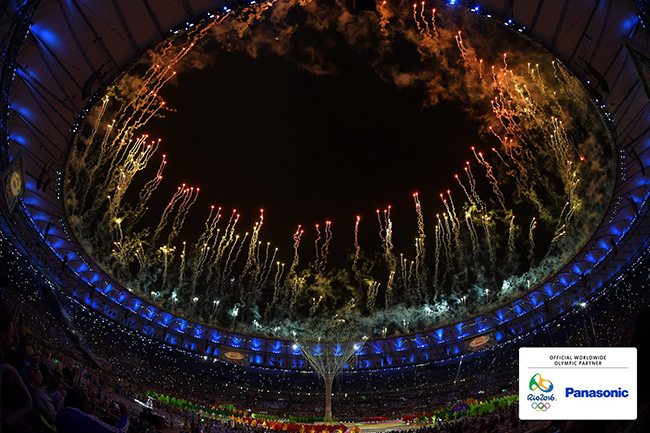 In a style befitting the carnival traditions of the host city, the Games of the XXXI Olympiad closed in a blaze of colour and a musical backdrop of samba sounds. Featuring the traditional parade of the athletes, a celebration of Brazilian art, and the symbolic Tokyo 2020 handover, Rio bid the world farewell in fine style.

The Closing Ceremony took place in Brazil’s iconic Maracanã Stadium, with Panasonic playing a major part as both an Official Ceremony Partner – a first for Panasonic – and as the Official Worldwide Olympic Partner in the Audio and Visual Equipment category.

As is traditional, after the Olympic flag was passed from Rio de Janeiro to Tokyo, the host of the next edition of the Games was given an opportunity to provide a glimpse of what athletes and spectators can expect when the Games of the XXXII Olympiad in the Japanese capital. Tokyo 2020 offered a visually stunning high-tech preview of the next Olympic Games during Rio 2016’s Closing Ceremony, capped by a surprise cameo appearance from Japan’s Prime Minister, Shinzo Abe.

Check out Panasonic’s contribution to the Rio 2016 Closing Ceremony

Panasonic provided more than 100 PT-DZ21K2 series 20,000 lumen projectors, multiple broadcast-grade AV-HS6000 2ME series live switchers, and other visual equipment to help to enhance the quality and excitement of the Rio 2016 Closing Ceremony by delivering impressive images to the audiences around the globe watching the world’s greatest ceremonies in Rio de Janeiro.