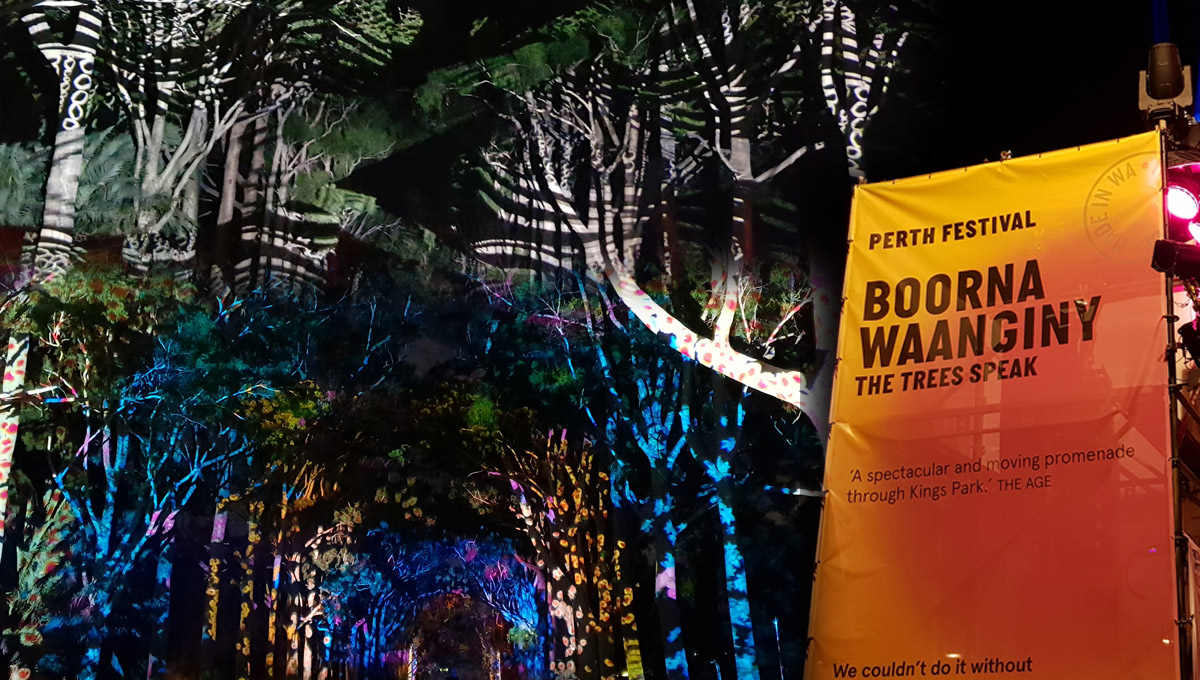 Perth Audiovisual (PAV) used Panasonic projectors to transform the avenues of Kings Park into an ever-moving canvas, where trees and flowers bloom, flocks of birds descend, wetlands fill, bush fires rage and the stories of the formation of the land unfurl.

“Two years of passion, research, huge artistic integrity and logistical planning went into making this unique spectacle set in one of the world’s largest inner-city parks. From the inception, the creative and technical teams knew this project was going to be something very special both from a visual sense and the message it conveyed over its moving journey.”
– Lee Williams, General Manager, PAV

And that's a wrap on Boorna Waanginy. Being entrusted to produce this wonderful event for the second time, working alongside Perth's finest creative and production minds is an honour. Thanks to the tens of thousands that shared our journey.#boornawaanginy #perthfest #hellopav pic.twitter.com/DJrT07QFZN

This technological feat allowed more than 230,000 visitors to experience the six seasons of the South West through an immersive tunnel of light and sound, accompanied by the evocative words of Noongar author, Kim Scott explaining each season as it was thrillingly brought to life.

And that's a wrap for #boornawaanginy 2019 part of #perthfest . An amazing event to be a part of with a very talented team of people.We leave you with a clip and say goodnight to our little friends the Numbats.Perth Festival #perthevents #myperth #projectionmapping #panasonicprojectors #avgeek @coolux_intl