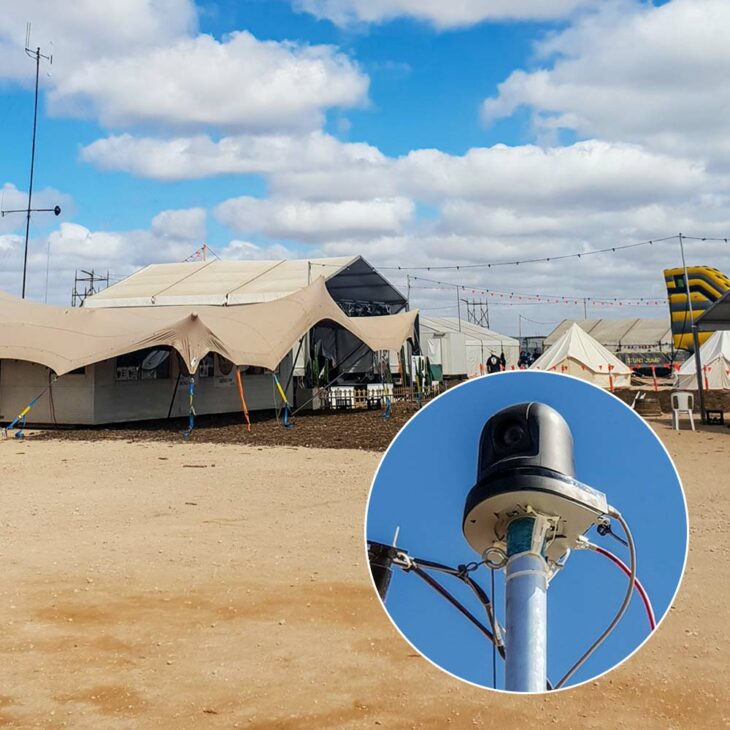 Scouts Australia has welcomed friends, family and fans from across Australia and the globe to the 25th Australian Scouts Jamboree, held this year at Tailem Bend, South Australia, by livestreaming the entire event using a network of eight Panasonic ProPTZ broadcast cameras.

Occurring every three years, the event welcomes more than 10,000 young Scouts from across the nation who challenge themselves in a series of activities across technology, trade, sport, entertainment and recreation.

With Jamborees often hosted in remote areas, Scouts Australia must build the event from the dirt up, erecting multiple demountable stages, studios, halls and accommodation. With the sheer scale of the event, the build was a significant undertaking. However Scouts pride themselves on developing confidence and resilience in their members and ‘learning by doing’. 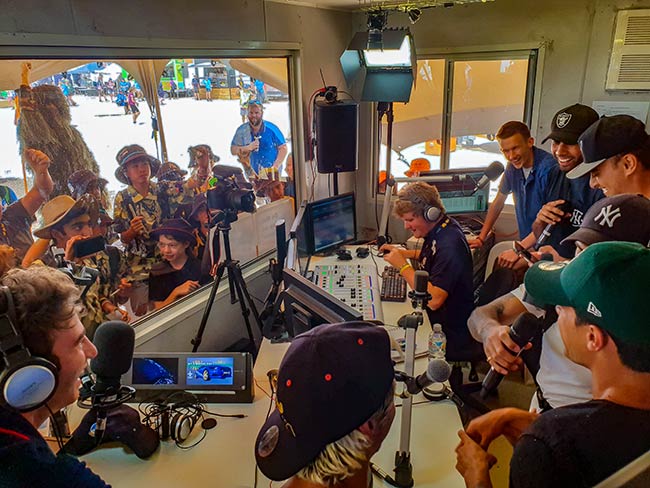 Previously, experiencing the Jamboree was restricted to those in attendance, due to a lack of resources to operate broadcast equipment and capture the many activities held each day. This year, with the support of Assistant Scout Leader Robert Zamora and Panasonic, the event saw the implementation of a temporary, fully functioning radio studio equipped with a network of ProPTZ Panasonic cameras, controllers and monitors.

Scouts and Scout leaders were able to seamlessly record audio and video content from the event’s two stages and one studio, while basing themselves in the central radio station’s master control room. The ability to set up and remotely operate the cameras considerably reduced the resources required and allowed all present to contribute to the creative output. 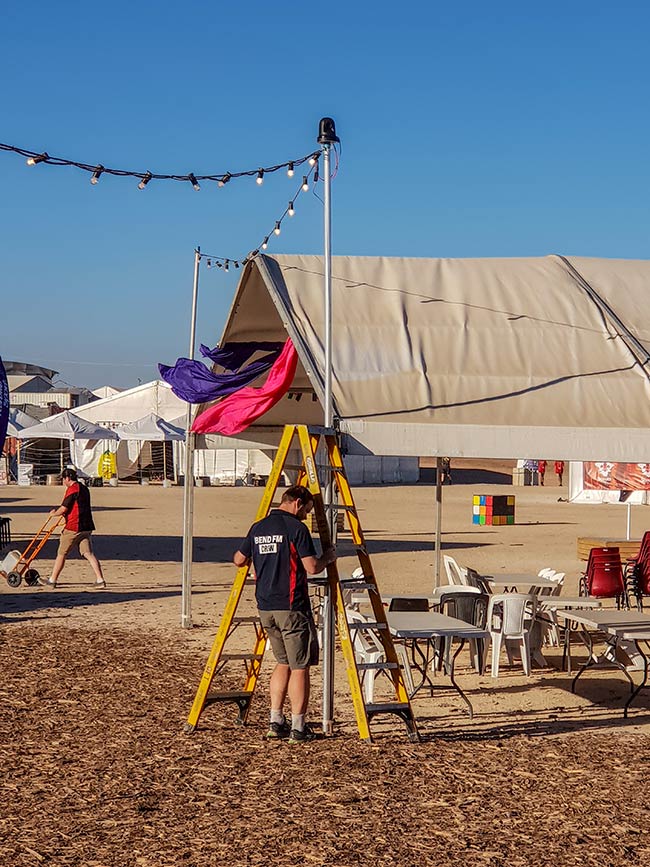 “Jamborees are all about volunteering, so the content we create relies on how many people we can get to help us. Through a fibre cable network, we could control cameras from all sides of the Jamboree and stream online using the Panasonic controller. It was very easy to operate them with a small number of people.”

“With cameras set up at two stages and in the studio, we were able to capture the entertainment at each location across 10 days and stream it live to friends and relatives back home. We had 35,000 people tune in for the opening ceremony alone, which was streamed from the main stage using four Panasonic PTZs,”

Robert has a background in radio production, and has been a Scout since he was eight years old. Having used Panasonic PTZs in radio studios for many years now, extending content beyond the airwaves to digital platforms using online video, Robert reached out to Panasonic to employ a similar model at the Jamboree. 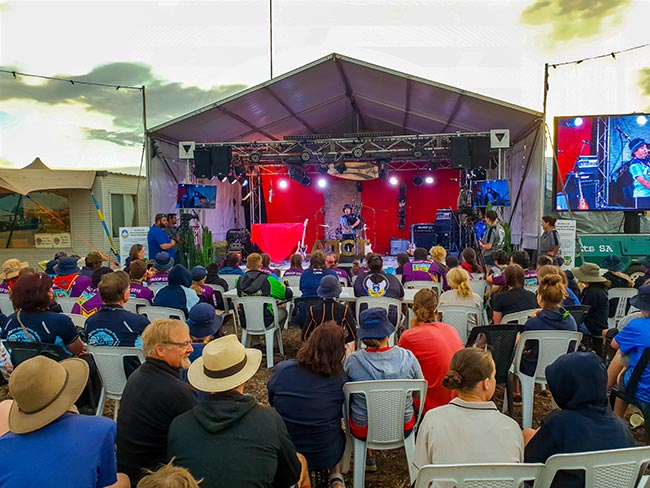 Scouts Australia had been constrained by resource and time in capturing promotional material, however the ease of set up and operation offered by PTZs has greatly contributed to their ability to not only support live streaming, but also capture an impressive bank of content for future promotion.

“The Panasonic equipment allowed us to put cameras in places where we couldn’t normally in the past. We could put the small PTZ cameras around the site and control all of the equipment through a central hub to ensure we were capturing the best content at any given time, with no time wasted running between areas.”

“When Robert approached us to use Panasonic equipment for the Australian Scouts Jamboree, we were excited that the cameras would be put to use at such a fantastic event”.

“But honestly, at first I didn’t appreciate the size of the Jamboree and the scale of Robert’s vision for the event until he explained it to me. Then when explaining what he wanted he closed with “by the way, everyone is a volunteer” so the pressure was on. In terms of set up and expectation of what the equipment is required to do, the event is similar to a large music festival.”

“Thankfully our ProPTZ cameras were more than up to the task. Not only do they provide excellent video quality, their easy IP connectivity allows for simple wiring and fast deployment to dispersed locations such as the multiple stages and studios that were at the Jamboree. The intuitive operation means that after set up operators can easily pick up how they work and can get stuck into right away” he said. 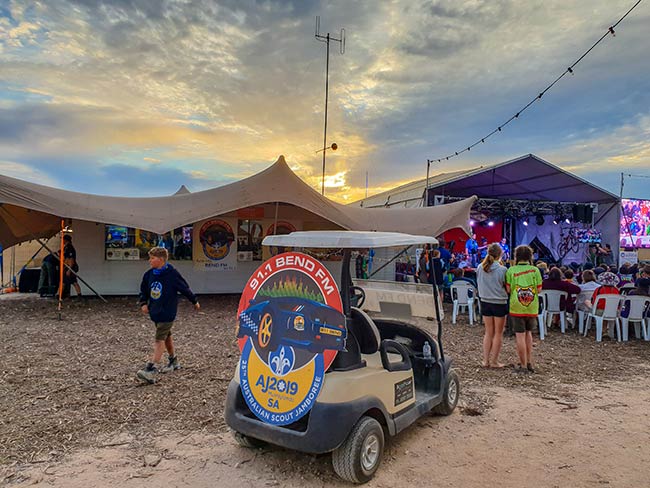 For Scouts Australia, the Jamboree isn’t just an opportunity to walk away with lasting friendships and memories. Like many other skills fostered during Scouts, the use of Panasonic equipment and technology during Scouts Australia’s Jamborees has also helped prepare young Scouts in their future careers.

“Using the Panasonic equipment allowed us to provide a positive learning environment, with less people and less stress. It’s extremely rewarding to see Scouts go on to get industry jobs, where they are working with the exact same equipment,” Robert Zamora said.

Catch up on the live streams:

Professional Pan/Tilt/Zoom (ProPTZ) are remote controllable cameras that offer the highest quality optics; smooth, precise and quiet operation so ‘on-air’ movements can be made; high grade sensors and digital signal processing; as well as the ability to set up the full colour matrix and ND filters (on some models). These functions combine with IP control, IP video streaming and PoE power, to make remote production possible without compromising on the final result.

Those functions have made ProPTZ cameras a popular choice for many applications. Remote broadcast studios, web studios, visual radio, music festivals, music halls, live events and corporate seminars can all benefit – with remote operability allowing tight resources to be deployed effectively, and also permitting cameras to be mounted where an operator would not be able to work, such as front-of-stage or in the rigging.