Over the years the adoption of Full HD televisions in households has continued to grow as older televisions have been replaced and the prospect of 3D viewing tempting some owners to upgrade from existing Full HD televisions.  Of course, Blu-ray plays an important complementary role in the Full HD ecosystem and offers a superior viewing experience particularly when compared to DVD. 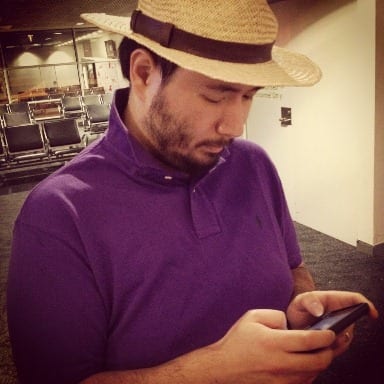 It’s a big year for Panasonic in terms of its Blu-ray range with some notable features specific to its 2012 lineup.  One of the killer features is the ability to playback content from the BWT720 or BWT820 Blu-ray recorders on a tablet or smartphone independent of what is being viewed on a connected television. For a long time, the notion of a single connected display has been a bottleneck when there has been contention to watch different live and recorded content simultaneously. However, thanks to the twin tuners in the BWT720 and BWT820, both a TV and a smartphone or tablet can watch live TV at the same time. Otherwise, multiple devices on the same network can simultaneously play back recorded content from the Blu-ray recorder. This gives you the choice of when and where in the home you want to watch your favourite content – quite handy when events such as the Olympic Games are on.

Speaking of the 2012 Olympic Games in London, sports fans out there will have had an opportunity to capture catch some of the highlights in 3D this year. Having a Blu-ray recorder will ensure that you don’t miss out as you can record live and playback in 3D (on a 3D capable display) when it suits you.  All of Panasonic’s Blu-ray recorders include native electronic program guides (EPGs) with the BWT720 and BWT820 also offering the convenience of reviewing the EPG and scheduling recordings from your iOS or Android smartphone or tablet when you’re at home.

Naturally, it makes sense to take full advantage of the available resolution of your television but recording Full HD content can consume significant amounts of storage.  Even with the massive 1TB of storage available in the flagship BWT820 Blu-ray recorder you might fancy extra space particular for those television classics that you like to watch every so often or if you a notorious in falling behind in watching your recorded content! In these situations, the ability to archive content to up to eight external hard drives of up to 2TB storage capacity each is sure to be a hit in content hungry households. Otherwise, there is always the option to burn to optical disc if that is more convenient.

At the end of the day, content liberation has slowly evolved thanks to devices such as Blu-ray recorders from Panasonic and the ongoing innovations. Initially, we’ve enjoyed the ability to “time shift” content by means of recording and subsequent playback at a more convenient time. The next logical step is “place shifting” content in the form of being able to view your recorded content elsewhere from your primary screen and recording device. Panasonic is now leading the industry by empowering users to take this next step in their households.