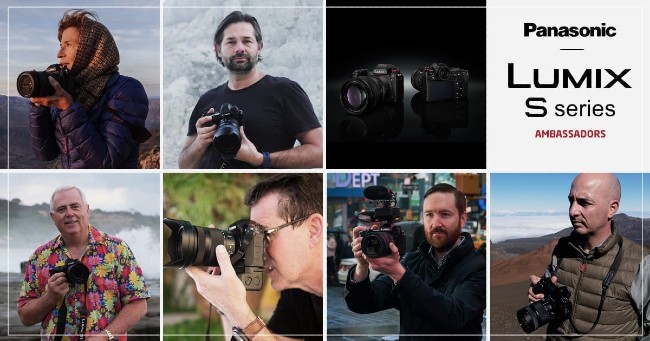 This brand new system takes LUMIX deeper into the professional world, and will have strong appeal to wedding and event photographers as well as studio and commercial professionals; and in other photographic fields that value the highest image quality possible.

Some of the biggest names in photography have already had a chance to shoot with the new LUMIX S Series cameras and lenses… We’ve collected their first impressions, along with stunning video footage and galleries, right here for you to enjoy.

Daniel Berehulak is an Australian Independent photojournalist and regular contributor to The New York Times. His work strives to understand the lives of those affected by war, natural disasters and social injustice. Berehulak’s photography has been recognised with two Pulitzer prizes, six World Press Photo awards, and three Visa d’Or awards.

Griffin Hammond is a documentary filmmaker in New York City, known for producing DIY filmmaking tutorials for indie filmmakers, and his award-winning documentary Sriracha. His 2016 coverage of the U.S. presidential election aired on Bloomberg Television and MSNBC, and he cohosts the weekly podcast, Hey Indie Filmmakers.

After an exciting career running aerospace companies and a keen interest in all things photography related – a fluke request by his nephew to photograph his wedding propelled William Innes into an industry he continues to be passionate about today. William has been photographing weddings fulltime for over 12 years.

Since the year 2000, Daimon Xanthopoulos has dedicated himself to documenting stories he believes need to be told. Photography is a unique way to communicate because it’s not bound by language, and this allows him to focus on social issues, injustice and human rights, as well as the plight of people, especially children, in the aftermath of conflict.

READ MORE
LUMIX S Series | Through the Eyes of Professionals