Back in June, we invited 15 lucky Panasonic Insiders to attend the PMA Trade Conference in Sydney before it was officially opened to the public. As our guests, they were tasked to be the eyes and ears for the rest of the Crew. We’d like to share (Insider) Matt’s overview of the event, meeting Ken Duncan and his review on the Lumix FT3.

So what can this camera do?  I’ve spent the last week carrying the FT3 around in my pocket and shooting opportunistic shots here and there and re-shooting some spots that I had previously shot with my SLR. One of the first things I noticed about this camera was the surprising weight for its size; not the sort of ‘why do I have to lug this around’ sort of weight but a really confident feeling of quality and durability.

*Disclaimer:  I haven’t got around to reading any of the documentation that came with the camera yet which indicates:
a). this is a very easy camera to get the hang of
b). I could very well be not exploiting this unit to its full potential and may be completely wrong in some of the things I state below.

Ken Duncan with the ‘to the point’ “I’m a photographer not a criminal” T-Shirt.  If you’re shooting around Luna Park at night or starting to look weird by photographing puddles near public buildings these shirts may help with explaining the obvious to idle security guards [maybe not in purple though ;-)].

Ken Duncan on Sunday giving a similar presentation to that which he gave to the Panasonic insiders on Friday night at the after hours session.

Ken Duncan (out of view in this shot) is Obviously an effective crowd puller with the Lumix stand being a popular spot on Sunday afternoon.

Below is one of the first ‘macro’ shots I took and the quality is pretty good.  This image is full frame; no post processing cropping here though the resolution is good enough that a degree of cropping could work if needed.

Flickrites also gave this image the tick of approval …but watch what you are revealing…  If you are taking a shot at home and are uploading to a public resource you may want to suppress the location details for that image, or just turn the location option off at account level.  In this case it looks like I took the shot quite soon after turning the camera on and before it had got enough satellite locks for an accurate position (that’s normal for most GPS units).  The map to the right has located the shot in a somewhat distant neighbour’s back yard, so you may want to be careful of what you are disclosing here. If you are turning the camera on and off between shots there is an option to leave the GPS functionality turned on so that you get good accurate location fixes. 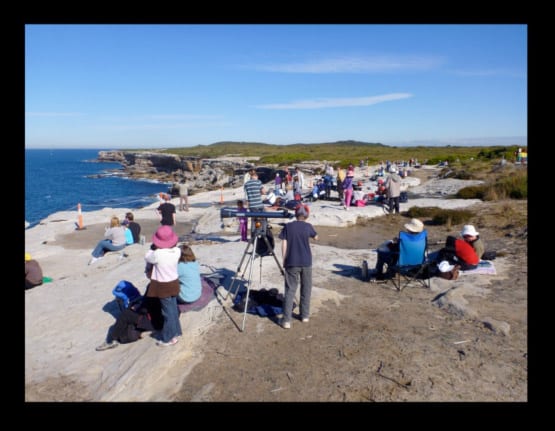 Whale watching at Kurnell (even a 300mm zoom on the SLR couldn’t get close enough to capture the whales, the best view was through the 900mm telescope shown in this shot, thus no whale photos). 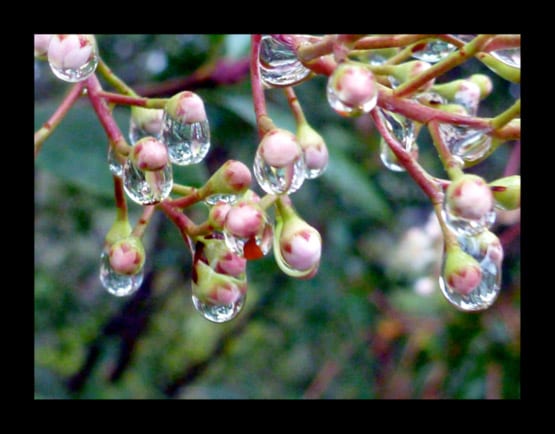 The next macro shot was in lower light on a somewhat wet and overcast morning and whilst a bit a graininess is occurring the image is still sharp and the depth of field is suitably small.  This was shot in the ‘close-up with zoom mode’ so the camera is the deciding factor in that depth of field.  The slight graininess probably also helps give the background a more bokeh-ish effect.

I snapped this on the way home from work and am really impressed with the results.  I left the camera in ‘normal’ mode and steadied it on the bridge railing (the silicon cover is great for this as you can get the camera to really grip the surface you are pushing it against.  The image is nice and clean with a clear lack of haloing around the lights.  I’ve shopped the levels a bit on this to darken the sky where the ambient light had made it less than black, but the colour and sharpness is as taken.

This is where this camera really comes into its own.  Each year I ride the S.A. Tour Down Under Challenge and last year ran the Northface100km trail run, both being highly photogenic events when I’ve wished I had a decent camera with me.  I’m also a bit of a GPS junkie with bike and wrist mounted units for mountain biking and trail running so having a GPS receiver built into the unit is just what’s on order for and adventure sports camera. The image here, whilst not any great shot in its own right, shows the rock platform onto which I dropped the camera on a few second later.  Fortunately I had the silicon cover on the camera at this time and it survived without a single mark.

After the (unintentional) drop test I decided to try the water test and discovered how instinctively hard it is to intentionally put a camera in the water.  I was trying to get a super low level shot with the camera submerged almost to lens level but the low morning sun caused to much glare and the idea, whilst potentially good, just didn’t work.  None the less when standing in a cold slippery creek bed in a pair of hard-soled bike shoes knowing that the camera is waterproof is one less thing to worry about.

The camera was also given a workout at a kid’s party that first weekend. The small size of the unit worked well in the party environment as it was less obvious than the large SLR and allowed for slightly more natural and candid shots of what was going on.  None of the kids would sign a release waiver for use of their images for less than 4 figures so no pics of them here, but a nice shot of the cake instead… or rather what was left, my stomach still turns at the thought of it.

The ‘photo a day’ project (obsession).  I’m now at day 222 of a commitment to take a photo every day no matter what. (Whilst I do photograph every day I have taken the occasional liberty of posting shots out of chronological order when I’ve had a bad photo day, keeping in mind that the shots have to be at least half decent to maintain the interest of those who follow the image stream).  Obviously the FT3 will now be a tool for keeping this project going. I’ve also created a summary album on Facebook with just the FT3 shots and Flickr. Whilst a lot of my Facebook profile is private I have left these albums completely public: Photo of the day Part 1 Photo of the day Part 2 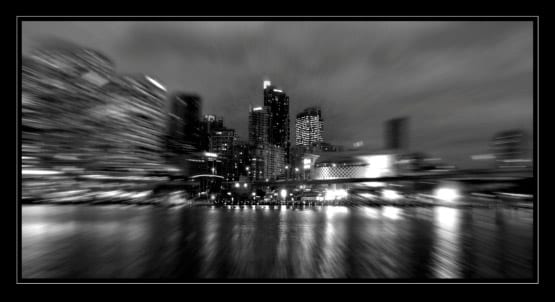 Overall this camera has been great in many ways.  The resolution and colour of the shots is great, the durability (drop-ability) of it is brilliant and being able to carry it around in pocket to have on hand when ever just adds to its usefulness.  This is a very impressive unit. By Matt, A Panasonic Insider Crew Member