The feathered variety of wildlife has become one of Ewen Bell’s favourite photographic pursuits in recent years, so much so that the renowned Australian photographer and LUMIX ambassador happily calls himself a ‘bird nerd’. Ewen believes bird photography has never ever been more rewarding than it is today, thanks to better lenses and more convenient camera systems making the experience less of a challenge and more of a joy. The star player in Ewen’s camera kit is our photo-centric LUMIX G9 and he credits this agile mirrorless camera with allowing him to see the world anew. Read on to see how you can win a G9 + 100-400mm Lens to level-up your bird photography! 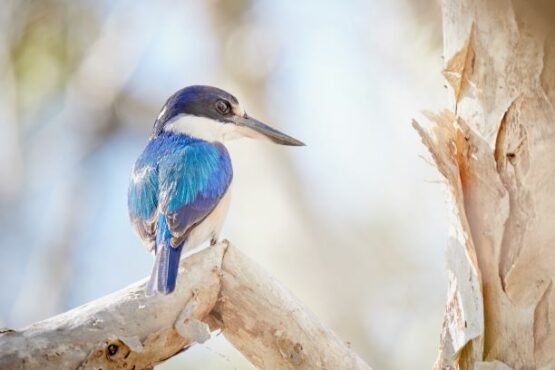 What gave you a start in photography?

I learned photography in the days of film and dark rooms, but it wasn’t until everything went digital that I had a chance to make a career out of it. Better technology meant I could learn faster and achieve results that just weren’t possible with film. I could shoot a lot more content, and much better content, with the digital gear. Each time a new technology comes into photography it presents an opportunity for people to step forward and work at a level that wasn’t possible before.

How do you describe your photographic style?

I shoot editorial, and everything that encompasses. It’s about telling the full story in all its nuances. For a single editorial piece I may need a powerful landscape image, still life frames that reveal texture and detail, portraits of people in the context of their lives, and elements of nature or wilderness that are unique to that region. Editorial means depth and variety, bound together by the story. Achieving that brief requires that I be ready for anything, and ready to chase the light when it’s on. I rarely get a second chance at it, I just have to make the most of what opportunity offers.

How is the G9 changing how you shoot?

Wildlife is the big change for me since picking up the G9. The weight is one big advantage, both when travelling or in the field. I can have a bag with two bodies and four lenses, one of them the equivalent of 800mm, and still have space for a drone and water bottle. But that wouldn’t matter unless the performance was there. I’ve taken the G9 on a few wildlife trips and in truth I have an unfair advantage. The larger viewfinder and superb autofocus allows me to target wildlife with precision. I’m getting a hit rate on my focus that is far beyond anything I was previously capable of. 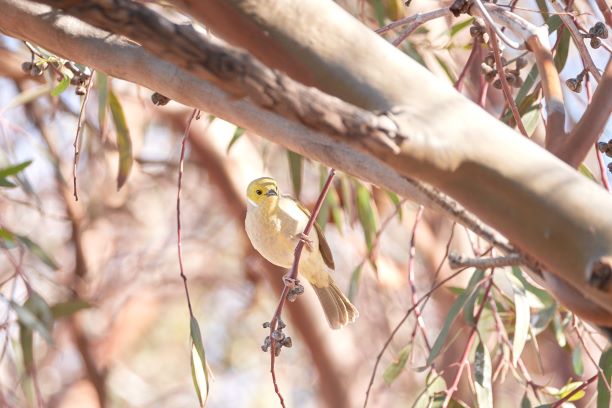 What features on the G9 are helping you the most?

Precision focus is amazing. The combination of a larger viewfinder, quick placement of the focus and AF speed mean I can target the eye of a bird with confidence. I get the first set of frames locked down and then I can start being creative. Speed of response is critical in these situations, you have to be able to rely on your gear to keep up. I also have quick access to very high continuous modes. I setup my custom mode for wildlife (Aperture priority wide open, auto ISO and minimum of 1/1000th of a second) to shoot at 12fps, but can jump to 60fps at the flick of a switch.

What will you be looking for in the winning entry of our Birding with LUMIX Photo Competition?

The biggest criteria for our favoured entries will be art and joy. We’re not looking for ID shots that reveal the defining plumage of a bird or staged scenes that use callback to entice the subject. Instead we’re looking for photos that convey the joy of spending time with these creatures. Photography is a creative pursuit and I love the way different people find different ways to capture the same subject. Your expression is what makes a photo interesting, and often that excitement of being in the company of birds really comes through in a photo. Doesn’t have to be the rarest of wrens or the prettiest of parrots. I’ll be looking for entries that celebrate the joy of photographing birds. 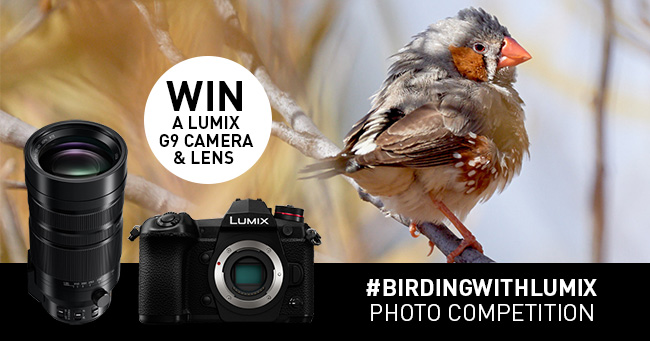 What are some good tips for beginners starting out with bird photography?

Cameras see light, not birds. The biggest challenge for birders who want to get into photography is appreciating the nature of cameras compared to their own eyes. Light is what gives character to a scene, what makes it special. The character of the light is what makes one photo different from another. Is the light dark and cloudy, or mottled by trees, or washed out with harsh noon-day sun? Birds are often smart enough to hide away from summer heat, or too shy to venture out of the rainforest. So working with light is often a challenge. I most enjoy going out to shoot when it’s sunny, and especially the winter light. It’s softer and at a lower angle, so you get more character and less harshness from it. Then I pick trees that let me use the most appealing light. That may be a silhouette or backlighting for example. I like a little bit of contrast when it sets a mood in the scene.

When getting started in photography it’s a great idea to find a species of bird that is camera friendly, so you can practise your skills and get to know your camera better. Don’t expect the camera to do all the work, it’s your job to help it achieve success! Find out where the limits are for your combination of Autofocus and lens, and the light you’re working in. Shooting directly into the sun for example can be difficult. But get to know your bird, and give yourself time to practice the art of photography. New-Holland Honeyeaters for example are great subjects, as they are fast enough to be a challenge but generous enough to give you a crack. They love certain flowers, such as Banksia and Correa, and will come back again and again to the same bushes while blooming.

When you find a good location and human tolerant birds, keep going back and try out different features of your camera. For example, the Lumix G9 has a pre-burst mode that helps you capture very precise moments such as a bird taking off. So many features on cameras are technical by nature, so you have to make the effort to skill-up so they’re ready to use when you’re feeling creative. The Lumix G9 is a very small camera, but it has a huge range of features. It takes a while to master them all. 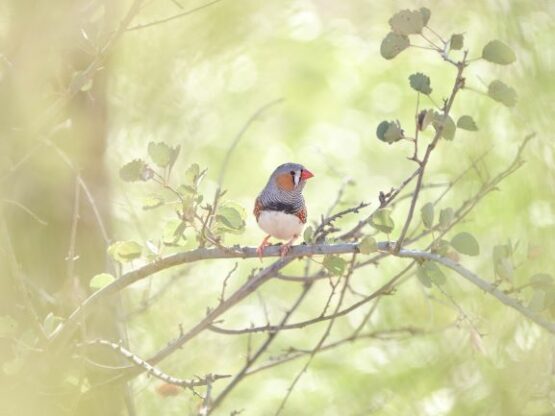 What advice can you give to someone who wants to take their bird photography to the next level?

Patience and a really good long lens are the cornerstones to bird photography.

When you take your time to get to know a place and the birds you start to work out little patterns in their habits. Which individuals are more tolerant of us humans, which species are active at what times of day, and those marvellous moments when a mixed flock rumbles through your patch of bush. Wrens, Robins, Thorn bills and many other varieties often move through the scrub as a pack, occupying different strata but arriving at roughly the same time. You can stand in the same spot for half an hour and not see anything, then suddenly half a dozen species arrive at once. Patience is a virtue. The more time you spend just observing a location, the more opportunity you will find to capture the birds.

The smaller the bird you want to photograph, the longer the Camera lens you might want to carry. This is where the G9 is so powerful because the smaller sensor design enables some very long telephoto reach with very modest sized equipment. The 100-400mm lens gives the equivalent of an 800mm full frame, for under a kilo in weight including in-lens image stabilisation that works in harmony with the G9 in-body stabilisation. It’s easy to carry, easy to manoeuvre and superbly rewarding for those moments when a responsive AF is required to capture the moment. Such a long lens however can be hard to *find* the bird when you pull the camera to your eye due to the very narrow field of view. If you start looking for the subject at 100mm, and then zoom in to 400mm, you can give yourself a better chance to locate the bird in frame.

We also managed to snag Ewen for a chat about birding in our ‘The Art of Bird Photography’ live stream. Watch him showcase his favourite bird photos and get tips on  camera settings and how to think like a bird to improve your bird photography results!