It’s been a big day for announcements here at Panasonic HQ, and we’ve got more! We’re proud to announce a variety of new camcorders across a number of ranges including the versatile SDR Range, the FULL HD 3MOS range and the flexible 1MOS range. We will be looking at each new model in detail on the blog in the coming weeks..

To start off with here are the latest 3MOS Camcorder models: the HDC-HS900 and the HDC-SD900 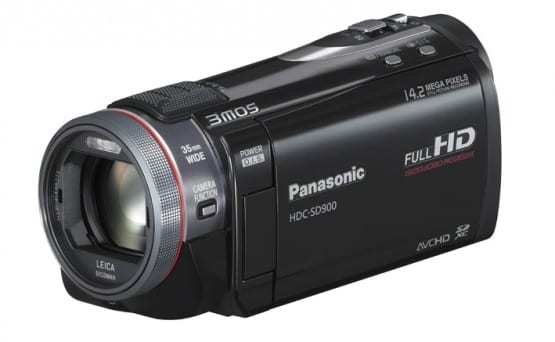 “With these new models, Panasonic provides camcorders that allow you to capture outstanding images and enjoy them with others on your Full HD TV or 3DTV. The Full HD and 3DTV markets are growing, and the HDC-HS900 and HDC-SD900 take full advantage of the excitement of these technologies.”
Aurelie Hayon, Product Marketing Manager, Camcorders, Panasonic Australia

For shooting convenience, the camcorders offer large 3.5-inch LCD screens with advanced touch operation that allows for extremely smooth shooting and playback – including touch zoom, to swiftly move in and out at the touch of a finger; and touch shutter, where you can automatically focus and take a photo by touching the subject on the screen.Both models can record to SDXC/SDHC/SD Memory Cards, while the HDC-HS900 has a 220GB hard disk drive for additional memory storage. 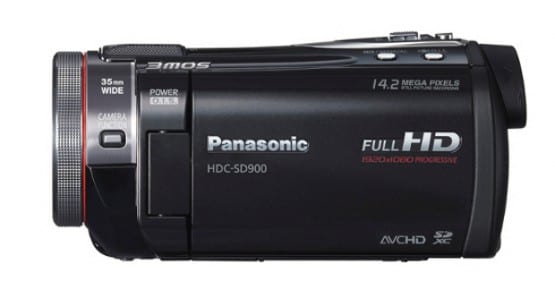 At the heart of Panasonic’s advanced processing system is the high-sensitivity 3MOS sensor with 7.9 million effective motion image pixels (2.53 megapixels x 3). The 3MOS sensor separates light received through the lens into the three primary colours – red, green and blue – processing each independently for rich colour quality, detail and gradation.

The 1080/50p recording (Full HD 1920 x 1080, 50 progressive recording), produces richly expressive images with twice the information of 1080i (interlace) recording. It minimises the after- images and flickering caused by subject motion and renders crisp, detailed images.

The camcorders also feature the large-diameter 46mm F1.5 Leica Dicomar lens which produces brighter images and helps suppress ghosting and flare, while also minimising distortion and degradation of contrast and resolution. In addition, its 35mm wide-angle capability makes it ideal for many different shooting situations, such as self-portraits and group photos indoors and landscape shots outdoors.

The camcorders offer easy touch operation functions. In addition to the single handed variable speed zooming of previous models, the new ‘Touch Zoom’ provides stable zooming while recording. The user simply touches the LCD to activate slow zooming, for smooth adjustment of the angle of view. ‘Touch Shutter’ automatically focuses and takes a still picture when the user touches the subject on the screen. The user can also change thumbnail pages by sliding a fingertip across the screen. This kind of advanced touch operation provides much smoother shooting and playback than in previous models.

The HYBRID OIS is a hybrid optical and electrical image stabilisation system which achieves powerful correction during zooming or when shooting on the move. In addition to the blurring caused by vertical or horizontal wrist movements, the camcorders can also detect the subtle blurring that occurs when the entire arm moves vertically or horizontally, and correct it using a lens in the optical system and a sensor in the electrical system.

The VW-CLT1 records right-eye and left-eye images simultaneously through its two lenses. The right and left images (each with 960 x 1080 pixels) that enter through the lenses are recorded using the side-by-side method. 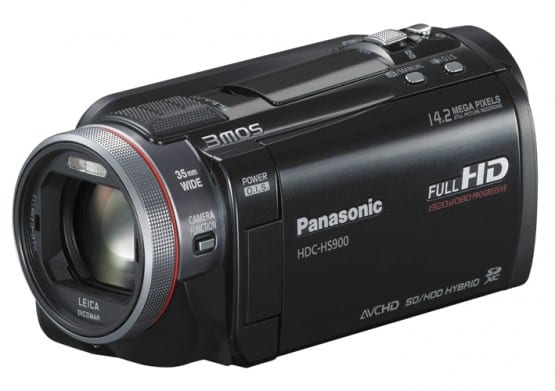 Other features of the camcorders include:

By attaching the 3D lens to the HDC-HS900 or HDC-SD900 and connecting it to a 3DTV, vivid and immersive 3D images can be viewed at home.Users can play back 3D videos recorded using the 3D lens on 3DTVs, including Panasonic VIERA 3DTVs – either by connecting the Camcorder to the TV via the optional 3D-compatible Mini HDMI cable, or via the SD card slot of any AVCHD-compatible player/recorder.

The camcorders are supplied with HD Writer AE 3.0 PC editing software for 2D and 3D editing (Windows OS). Import your recorded 3D footage to your PC via SD Card slot or HDMI cable. 3D footage can be viewed or edited on your PC and archived to SD Card, or Blu-ray disc.

The software allows easy uploading of video clips to YouTube and Facebook, so even inexperienced users can post video clips on the Web. For added convenience, the iFrame (960 x 540/30p) video recording format, which is optimal for Mac users to import quickly and maintain small file sizes, is also supported.

Also, the ordinarily time-consuming task of converting and archiving data from 50p to AVCHD or MPEG-2 format can be easily done at high speed by connecting the 3MOS camera to a PC with a USB cable and using the camcorder’s Conversion Assist function. 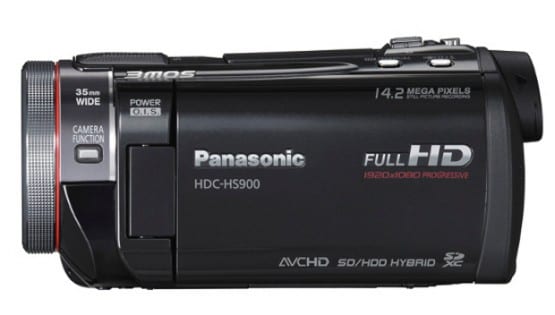 The HDC-HS900 and the HDC-SD900 will be available from consumer electronics and photographic retailers. For more information visit the official site here or contact Panasonic on 132 600.