Long before the majority of people on planet earth spent their spare time hunched over into the glow of a smartphone, budding geeks and entertainment addicts were held in thrall by the advent of pocket TVs. Panasonic made a splash with this audience producing the world’s first true pocket TV in 1970 (the TR-001), featuring a 1.5 inch screen and weighing in at just over 800grams.

By 1984, we had truly perfected the art of portable television, releasing the extraordinarily popular Travelvision TR-1030. This black and white wonder was the world’s smallest CRT (cathode ray tube) TV and it managed to significantly reduce the dimensions offered by the earlier model while still retaining 1.5 inch screen.

This super cute TV ran on a rechargeable battery and also came with an accessory pack consisting of a car adaptor, AC adaptor, ear buds and even a detachable hood that magnified the screen.

We like to remind our fans that a Panasonic TV lasts a long time but the Travelvision TR-1030’s lifespan almost beggars belief. Thirty years on, collectors are still buying and trading these miniscule masterpieces and bragging about the models being in beautiful working condition! 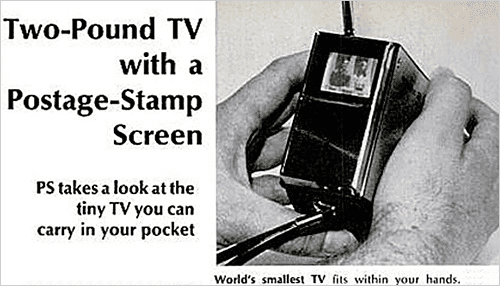 TR-1000P, 1981
CLICK ON IMAGE TO SEE THE FULL MAGAZINE ADVERTISEMENT 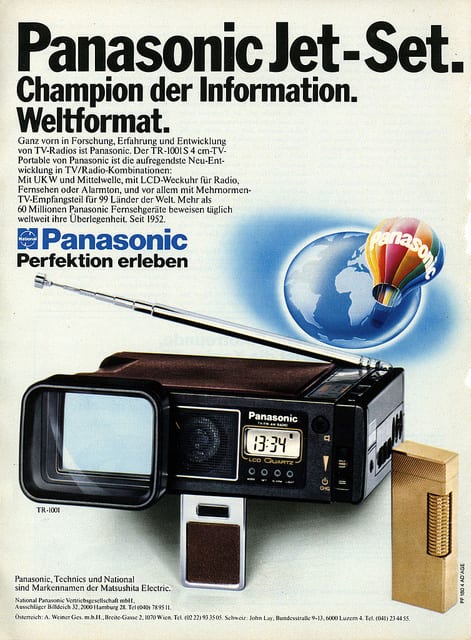