While we’ll never be able to replicate the extraordinary experience of travelling the world with Chris Bray and learning in a small-group environment, he has done our fans a major solid by revealing the top 5 most-asked photography questions on his tours and how he answers them. This is a mini-workshop you’ll want to save and refer to frequently!

Sound ON, enjoy some of my favorite wildlife moments 😃 from a decade of running small-group photo tours to many of the worlds most wonderful places! I’m still so stoked to be able to do this for a living!

As low as you can get it while still getting a fast-enough shutter speed. The higher your ISO, the more ISO ‘noise’ (colourful speckles) will deteriorate the overall quality of your image. This noise can be smoothed over in post-production to some extent later, but it’s always best to shoot with the lowest ISO you can get away with in any given situation. If your ISO is too low though, you’ll require longer, slower shutter speeds to get correct exposure, and you risk ending up with movement blur – either from camera shake, subject movement or both – and this is impossible to fix later, so I’d actually suggest that having your ISO a touch too high is safer than too low.

Exactly what shutter speed you need to ‘freeze’ a given subject depends on how fast it’s moving: a bird in flight might need 1/2000th sec but for a walking person or an elephant perhaps only 1/250th will still look fine. The short answer is if your photo has movement blur, then turn your ISO up. Unless you like the movement, of course! Panning photos and the like can look great. Finally, if you’re shooting in S mode, then auto-ISO is quite a handy tool. It’ll only crank the ISO just high enough to give you the shutter speed you’ve dialed in. However, remember that it’s not so good in Aperture mode.

A photo can be blurry for one of six main reasons: 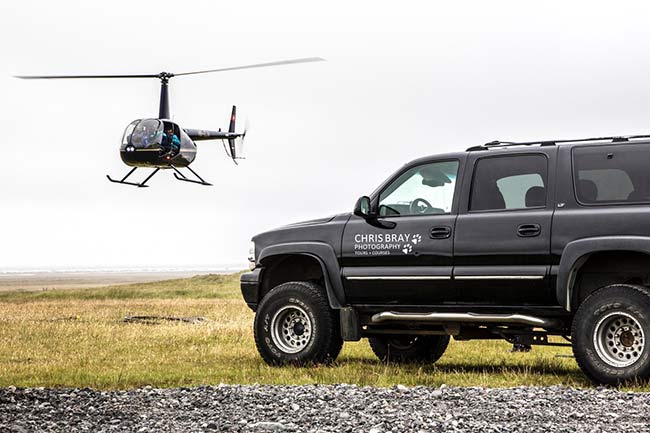 Basically for a normal photo, you want it to be as bright as possible without quite blowing out the highlights, so the brightest parts are almost but not quite white. It can be hard to tell just by looking at a screen, so spend five minutes and learn to understand histograms. Histograms are super easy and at glance allow you to accurately see if you’re starting to get any pure white in the bright areas (which means you’re losing detail) and if so, then you should just dial back your exposure compensation (EC) a little. One of the joys of a mirrorless system is that you can see your exposure in real-time through the viewfinder. You can even have a little histogram graph in the corner the whole time and be constantly tweaking your EC for every tiny shift in lighting/clouds, so that when you take the shot the exposure is already perfect. Of course, some photos are supposed to be dark and aren’t meant to have any bright areas while others should have lots of white in them, and in really contrasty, bright sunlight you often can’t help but end up with both extremes in the one shot. Generally speaking, you want your images nice and bright but not overexposed – not blowing out the highlights if you can help it. 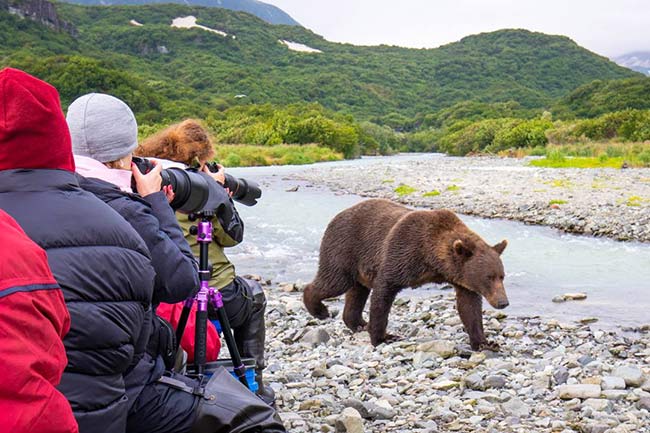 The f/# represents the size of the aperture in the lens, which controls the Depth of Field, which is how far in front and behind of where you actually focused will also come out looking sharp in your photo. It’s super easy: the bigger the f/# you use, then the bigger the Depth of Field will be; the smaller the f/#, the smaller the Depth of Field! If you’re shooting a landscape or a scene where you want everything to be in focus from the close-up plants to the distant mountains, then you need a big Depth of Field and should you use a big f/# like f/18. If you’re shooting a single subject like a wildlife portrait, then you probably want a small Depth of Field. The smallest f/# your lens can give you, like f/4, so that only your subject is sharp and anything in the foreground or background is soft and blurry which really helps make your subject stand out. If there’s a couple of subjects in the same shot and you want them all to be sharp – perhaps two animals interacting – then maybe you need to scroll up your f/# a bit to ensure both come out in focus. Generally for wildlife though, the smallest possible f/# is what you use 90% of the time. Not only do blurry backgrounds look great but small f/#’s correspond to large aperture holes, which means lots of light can get into your camera quickly, allowing you nice fast shutter speeds without having to crank your ISO too high. Perfect! 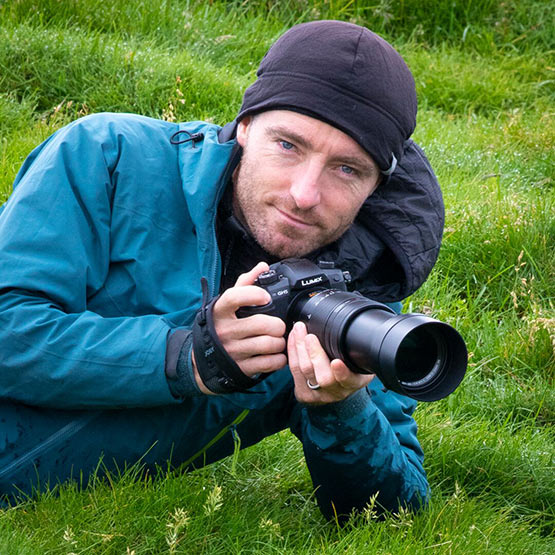 Yes, probably, and sooner rather than later, while it’s still worth something! Ha-ha. But seriously. I think the only question is do you go full-frame mirrorless or micro-four thirds mirrorless.

If you want to travel the world with our new LUMIX ambassador, Chris Bray’s upcoming tours could have you photographing the Galapagos and Amazon hummingbirds, or journeying through the deserts of Namibia and vast wetlands of Botswana, or even discovering a tropical paradise a little closer to home (and Chris’ heart) at Christmas Island. Visit Chris Bray’s website www.ChrisBrayPhotography.com to find out about all his other glorious photo tour destinations.

The ultimate southern African safari – from the sweeping, desiccated deserts of Namibia to the lush wetlands of Botswana’s Okavango Delta, you’ll fly between small, luxury tented camps and photograph the vast array of wildlife, culture and landscapes from game drives, boat rides, a hot air balloon and even a doors-off helicopter flight.

On board a luxury private cruise ship you’ll explore the Galapagos, including giant tortoises and snorkeling with playful sea lions and turtles. You’ll canoe into the Amazon to photograph monkeys, macaw parrots, caimans and more before heading off to an exclusive lodge in the Andes, buzzing with hummingbird species and other wildlife.