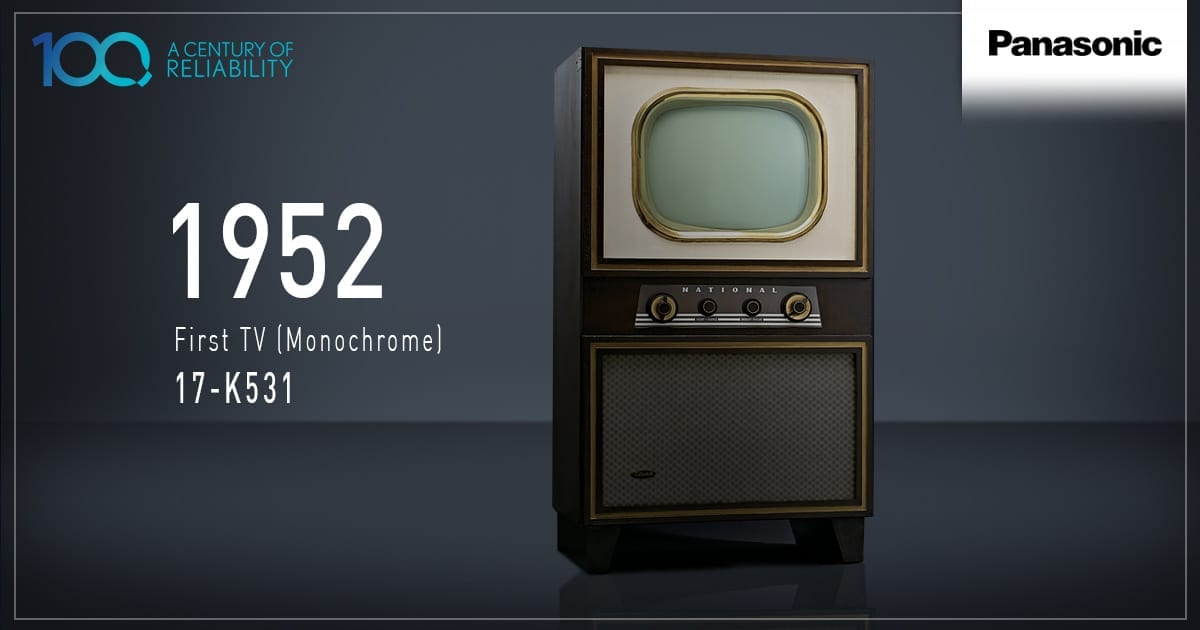 Given the mass saturation of big-screen digital TVs, it’s hard to imagine a time when TV broadcasts were an exciting experiment. But from the late 20s through to the early 50s, every discovery that heralded another advance in television technology was big news. From spinning discs through to the cathode ray tubes (CRT) our TVs contained until the recent dominance of digital, it was a heady time for inventors and investors alike.

From 1939, National (Panasonic) were leading the first successful tests of TV broadcasting and by 1952 our first TV was created in readiness for the full-blown start of Japanese TV broadcasting in 1953.

The 17K-531 TV set featured a rectangular CRT and screen (unlike the round ones available up to that point) and all screens have been rectangular ever since. Look up from all your screens (be it TV, phone, laptop or tablet) and marvel for a moment about a time when a 17-inch TV was such a novel invention as to be extremely expensive and valuable, and attract curiosity, interest and admiration from the general public.

Back to the future

In 2017 Panasonic’s 4K OLED TVs stunned Australian viewers with their incredibly realistic image quality, delivering a more compelling visual experience than ever before.  OLED’s unique ability to have each and every pixel produce its own light and colour leads to incredibly rich, natural colours and industry-leading contrast. For Panasonic, these innate OLED talents are just the start.