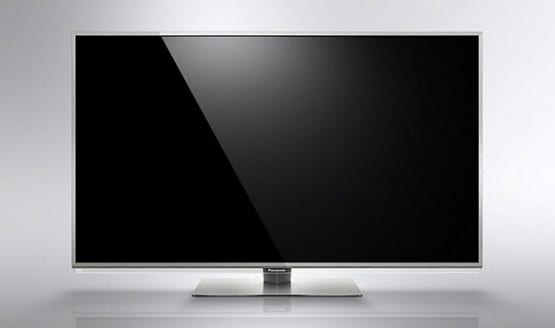 Panasonic Australia has introduced an increased 2012 Smart VIERA line-up of LED LCD TVs, defining the core of the new IPTV lifestyle to provide the highest quality home entertainment experience and viewing opportunities to the consumer. The new range improves on areas such as picture quality, easy operation, networking, ecological features and design elements.

The new range of stylish IPS LED LCD TVs has panel sizes ranging from 55 inches to 24 inches. The 2012 line-up focuses on Panasonic’s top of the line IPS LED LCD Panel (In Plane Switching) technology, with 12 out of the 13 new models featuring IPS. Panasonic has also introduced passive 3D technology in this range with the ET5 Series.

The new range offers consumers even greater choice when interacting with their VIERA TV. With DLNA capability and Wi-Fi on selected models[i], you can communicate with other devices around the home and wirelessly stream multimedia to your TV. Users can even watch TV while simultaneously communicating via Facebook, Twitter or even Skype.

Panasonic’s iOS and Android-based apps allow you to use your Smartphone or tablet with your VIERA TV. Use these devices as a keyboard to surf the net using the web browser feature or ‘flick’ stored content directly onto your VIERA TV.[ii]

The 2012 models enhance Panasonic’s commitment to its Internet platform, VIERA Connect™.[iii] The easy to use cloud-based architecture opens the VIERA Connect IPTV platform to an almost infinite number of apps.

New content providers include BigPond Movies, which offers a library of 4,000 titles on demand. Quickflix has also been added, offering unlimited streaming of movies and TV shows directly to your TV.[iv] These join the already popular social networking sites as well as ABC iView, Yahoo!7’s PLUS7, videos, music and interactive games.

Panasonic’s top of the range IPS LED panels render impressively vivid images, while consuming up to 25 percent less energy when compared to last year’s equivalent LED models. Panasonic has introduced new Backlight Scanning technology and improved the high-speed drive of its high-end IPS LED TVs even further to deliver excellent moving picture performance during fast-action scenes, and a wide viewing angle of 178°. These models are perfect for watching movies or sports with family and friends.

Panasonic for the first time has launched a passive 3DTV Series, the ET5. A polarising film on the display surface displays the left and right images for each of the odd-numbered and even-numbered horizontal scanning lines. When viewed through polarising eyewear, different images are shown to the left and right eyes, resulting in the perception of 3D images.

When using the 2D-3D conversion feature, the image depth is analysed from the compositional, colour and brightness data of each scene, to convert 2D images into naturally beautiful 3D images. In addition to ordinary TV programs, this method can be used to convert a variety of 2D images — such as web content, Blu-ray disc™ media, and photos and movies saved onto SD Memory Cards — into 3D images with a high level of precision.

Sharing content has never been easier, thanks to DLNA® capability and Wi-Fi, which allows the VIERA TVs to ‘communicate’ with other devices around the home[v] – for example, users can wirelessly stream multimedia stored on a DLNA-compatible server such as a PC or Blu-ray Disc Recorder to their TV.  New for 2012, the WT50 Series can now also operate as a DLNA server, allowing content to be streamed from a storage device attached to the TV to other DLNA-compatible devices including a tablet, Smartphone or another TV.

With the new Smart VIERA Remote App Version 2.0, viewers can tap and flick content such as movies, images and music stored on their smartphone or tablet directly to their VIERA TV.[vi] The media player allows users to view digital photos and HD video recorded on a SD Memory Card and USB HDD directly on their VIERA TV.

Users can record their favourite TV shows using an external hard drive or SD Memory Card on the WT50, DT50, ET50, ET5 and E5 Series. The USB HDD Recording function supports a host of convenient features such as Timer Recording, Direct TV Recording and Pause Live TV.[vii] All can be conveniently accessed on dedicated buttons on the VIERA TV remote.

Eco Mode is available on all models which adjusts screen brightness to reduce power consumption and turns the power off when there is no activity or signal.

All VIERA TVs are supplied with a user-friendly, robust remote control. The high-end VIERA WT50 Series also includes a cutting-edge VIERA Touch Pad Controller, which lets the user easily browse the web and other applications with the flick of a thumb.

Panasonic has also introduced its latest generation of lightweight 3D glasses. Weighing only 27 grams, they utilise Bluetooth technology and feature a rechargeable battery.

The new polarised passive HD 3D eyewear is easy to use with hooks at the temples so you can wear them over ordinary eyeglasses.  These are supplied as a set of four with the ET5 Series.

[iv] Subscription to Quickflix streaming is priced at $14.99 a month or $7 per month for existing Quickflix DVD rental subscribers.

[vii] Some broadcasters restrict their content and do not enable recording.