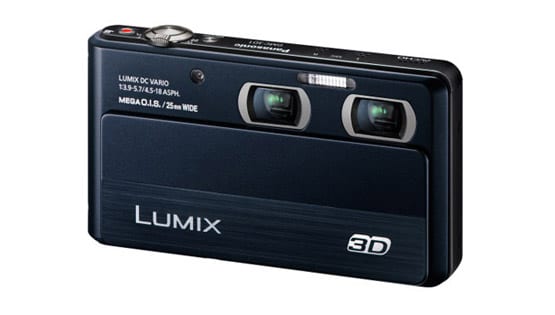 Aki Yamamoto, LUMIX Product Manager, Panasonic Australia, said: “This new camera offers consumers some exciting benefits in both 3D and 2D shooting. Capture your own dynamic 3D stills and movies and watch them on your 3D TV.  Or, in 2D, shoot still images and a movie simultaneously using the two lenses – it is even possible to capture two separate angles of view at the same time.”

To increase the enjoyment of 3D viewing, shooting and playback, the 3D photos and movies taken can be easily viewed on a Panasonic VIERA 3D TV by simply inserting the SD card with 3D content into the TV’s SD card slot or by connecting the camera to the TV with an HDMI cable.

The new DMC-3D1 will be available in Australia in 2012 with pricing to be announced closer to the release date. 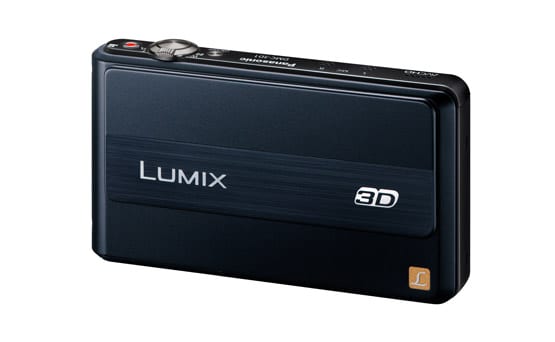 More information on the DMC-3D1

Contributing to the compact form factor, the lens units – comprised of 11 elements in 10 groups with 5 aspherical lenses – are downsized in both length and diameter; and Panasonic has also introduced a new slim actuator for shutter and iris control and redesigned the O.I.S. lens.

Most conventional cameras have limitations when it comes to capturing both still images and video simultaneously.

The DMC-3D1’s 2-lens shooting gives photographers new freedom when shooting in 2D. Not only do the twin lenses mean you can capture photo and video at the same time without compromising on either, the user can also record different viewing angles. For example, you could make a movie recording of a party scene with one lens, and shoot a still close-up with the other lens; or alternatively, take two still images simultaneously.

It is easy to switch the lens between right and left – and control its zooming with the 3.5-inch large Smart Touch screen.

The 12-megapixel High Sensitivity MOS sensor and the Venus Engine excel in image processing in both sensitivity and speed. Multi-process Noise Reduction effectively reduces noise for the best possible picture, even in low-lit conditions. The clever technology works to suppress both high frequency noise in the darker areas of an image and low frequency noise in the lighter areas, resulting in dramatically clear images.

‘Intelligent Handheld Nightshot’ combines a series of consecutive shots so that beautiful atmospheric night shots can be created without the use of a tripod.

The Venus Engine has quad-CPUs for processing large amounts of 1920 x 1080 full HD data at high speed in AVCHD and MP41. In addition, the DMC-3D1 boasts fast consecutive shooting at 8 fps (without auto focusing) and 4 fps (with auto focusing) in full resolution. Although the DMC-3D1 has 2 sets of lens units and sensors, the Venus Engine minimises energy consumption so that battery life is as long as that of single lens compact digital cameras.