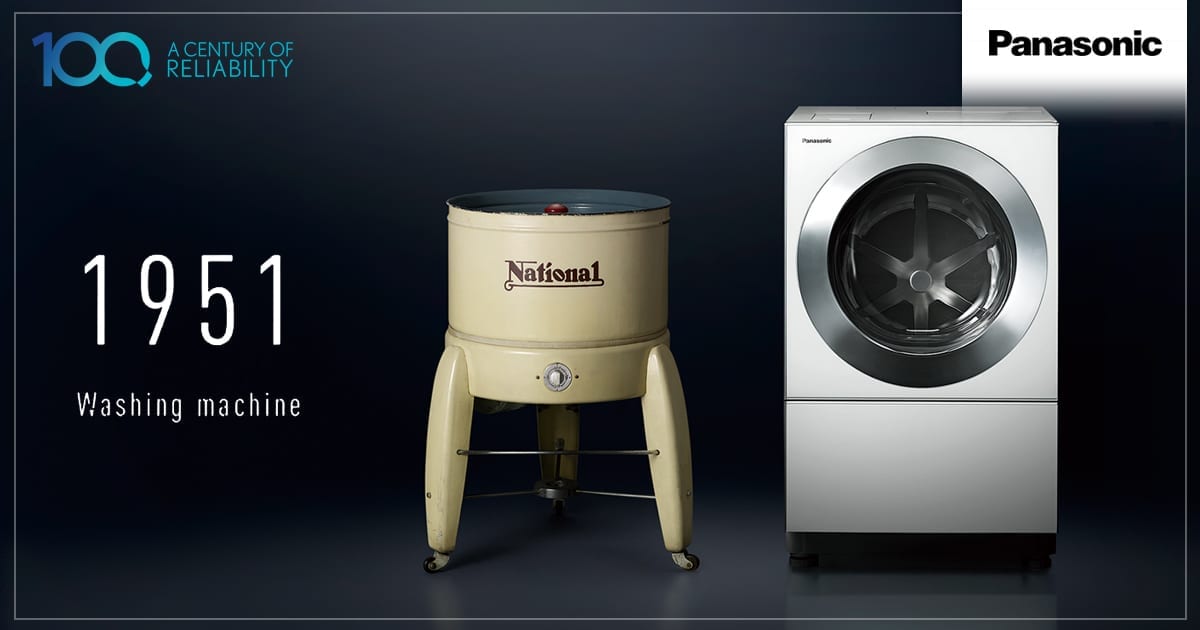 Konosuke Matsushita instructed his employees to develop and market a washing machine, saying that “a washing machine is an important product that frees housewives from the heavy labor of housework.”

We take great pride at Panasonic in our current range of front and top loader washing machines. Once you toss your clothes in and shut the door, it’s basically like a magic show in there. Super clever stain programs remove every mark, intelligent sensors actually measure the load and create the perfect wash with less waste, and they have even been built with a Silent Arch design that reduces noise and vibrations.

Well, let’s take a trip back in time to when we released our very first agitator-type washing machine. In 1951, the MW-101 was an ‘aspirational’ household appliance symbolised liberation from a chore that consumed so much time. It boasted a 2kg capacity, a round enamel tank and an on-off switch, which may not sound very fancy now but 67 years ago it offered a revolutionary upgrade from washboards, stomp-buckets, boiling tubs and hand-cranked wringers!

Stories regarding difficulties in design and production mention that the design staff relied on foreign periodicals and samples to develop a machine which was difficult to realize. They had to start developing motors, switches, oil seals, and other parts before developing the product, and they had to carry out laborious work setting up quality criteria, because there was no standard unstained cloth that could be used for quality inspections. 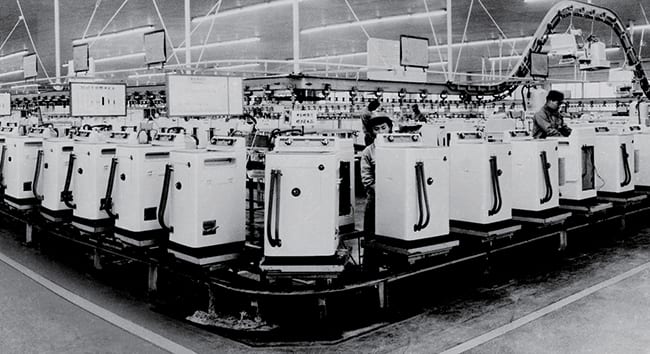 Enthusiasm towards better products led to a washing machine that included cleaning and drying functions with just the touch of a button. In 2003, Panasonic introduced a washer with tilted drum to make loading/unloading laundry easier while reducing water consumption. Following shortly was a model featuring ActiveFoam, generating superfine foam which drastically boosts washing performance. By continually introducing new technologies, Panasonic has led the trend in washing machine evolution. Going forward, Panasonic will continue to reduce the burden of household work while delivering even gentler cleaning and more beautifully finished results.