We are pleased to announce that internationally acclaimed scientist, explorer and conservationist, Professor Tim Flannery will be accepting your questions on green related issues, right here on the blog!

The Panasonic Chair in Environmental Sustainability was instated as result of Panasonic Australia’s support of Macquarie University’s commitment to climate risk research and education. Professor Tim Flannery currently holds the role of inaugural chair. This is an exclusive opportunity for the Panasonic community to put forth a range of green related questions towards one of the world’s leading environmental commentators. 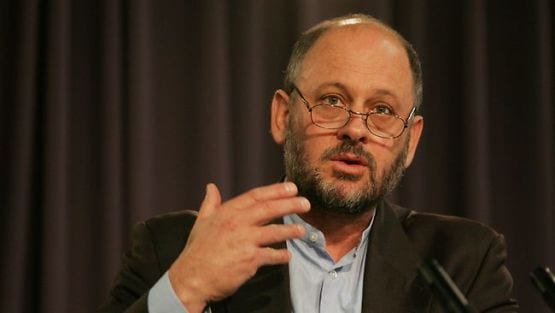 To lodge your question to Tim Flannery, please submit it via the comments field below. All selected questions and answers will be published to the Panasonic blog by June 10, 2011. We’ll also post these onto our official Facebook page and Twitter account.

All questions submitted to Tim will be moderated by Panasonic before published live. Any questions deemed offensive or using inappropriate language will not be published.

Submission have now closed. Check out the questions along with answers from Tim below.

It seems that the real obstacle is to eco friendly purchasing price… What do you think companies can do to make it easier for people to go green, without price-cutting beyond the point of sustainability?

Price is a very important consideration. Unfortunately, new, environmentally cleaner or more efficient products are often more expensive that traditional ones because they’re not yet being produced at huge scale, and have yet to pay back their development costs. Because of this, the most effective new products often offer better results or services, as well as being environmentally superior. This of course is a huge ask in terms of research and development, but marketing can help.

Electric vehicles offer a good example. Some models about to come on to the Australian market will come with luxury fittings, so justifying to some consumers the extra costs involved in buying electric cars. Benefits offered by third parties who benefit from the new product can also help. For example, electric vehicles are exempt from congestion charges or extra taxes in some parts of Europe.

I hope this helps,

Most of the claims by anti-climate change sceptics I find to be pig-headed and of stubborn denial.

However, this link: (http://www.quadrant.org.au/blogs/doomed-planet/2011/05/auditing-the-critical-decade-part-ii) makes the claim that climate change science is based on inaccurate computer models which continually produce predictions which are disproved by empirical evidence. Is this true or not?
Are the computer models accurate, can you prove this, and have their claims been confirmed?

The article also claims:
– Earth has cooled slightly since 2001.
– The atmosphere has failed to warm since 2001.
– No evidence exists of an acceleration of global sea-level rise.
– The rate of increase of temperature between 1979 and 2006 was ~0.16O C/decade. This is not fast compared with the typical rates of warming and cooling of up to 0.25O C/decade that characterises many Holocene temperature records.
– Water vapour is undoubtedly the most important greenhouse gas in the atmosphere and its concentration changes naturally. Carbon dioxide is a mild greenhouse gas at present concentrations, and its incremental warming effect lessens with increasing concentration.
– In reality there are manifold ways in which the late 20th century warming trend can be accounted for without substantial human forcing.

Can you please respond to my question and these claims?

When we think of computer models, it’s important to realise that nobody expects them to predict the future. In climate science they’re used to develop a range of projections, or probabilities, against real world data can later be tested.

Projections for sea-level rise, global temperature increase and CO2 concentration in the atmosphere were published by the IPCC in 2001. These projections have now been analysed to see how accurate they were. The studies reveal that for all, the real world changes are at the upper end of the projection range.  So, we can say that the models used by the climate scientists were too conservative, and that climate change in the real world is occurring faster than we projected it was likely to do. Results like this teach climate scientists a lot, which helps improve their models.

For the rest, could I suggest that you check what the world’s academies of science say about the matters erroneously reported on the quadrant website? I think it’s worth listening to what the associations representing the best scientists in the world have to say about this, rather than a few dissenting voices brought together in a blatantly political magazine. One of the best statements indeed has been put out by the Australian Academy of Sciences.

Why is there predominant focus on reducing CO2 emissions instead of both CO2 and methane emissions?

Under the Kyoto Protocol, six greenhouse gases (including CO2 and methane) are regulated, and all six will presumably continue to be the target of reduction programs under the Copenhagen Accord. Certainly, under the Federal Carbon Farming Initiative, methane emissions are a focus.

Sometimes reports of programs can be misleading because they quote their figures in CO2e, which means CO2 equivalents. This means that they compute figures by reducing all greenhouse gases to a ‘single currency’. For example, methane is 21 times more potent as a greenhouse gas than CO2, so if you’re using CO2e, you’d take the methane emissions you’d avoided and multiply them by 21.

I hope this helps.

Considering all of our environmental issues, do you think litter is a pressing problem? If so, what do you think is the most effective way to work towards litter-prevention?

Litter can be extremely dangerous, especially if it enters the marine environment. Albatross chicks can ingest so much plastic that it blocks their gut and causes them to starve. Plastic bags can kill sea turtles and other marine life. So, litter is not just unsightly and a sign that people don’t care about their environment, it can really damage natural systems. That’s why places like South Australia are banning plastic bags.