We’re delighted to announce that the Panasonic Viera VT20 has won the ‘Best TV’ in the ‘Readers Choice’ and ‘Editors Choice’ categories awards at this years Gizmodo awards. 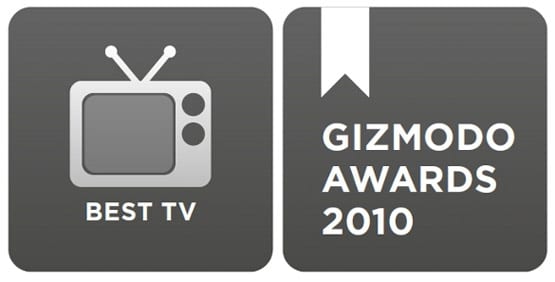 The main themes that dominated this years awards were ‘3D’ and ‘IPTV’ and the VT20 was the clear winner beating off stiff competition from Samsung.

“What can we say, we’re fans of Plasma here at Giz HQ. The VT20 is a great television, and a relative bargain as well.”
Nick Broughall, Gizmodo