Ted swaps his LUMIX for a coconut cocktail

For the past 30 years, Ted Grambeau has combined his passion for travel and adventure by scouring some of the most remote reaches of the planet from Russia to Iceland and Mozambique to the Galapagos Islands to capture breath-taking surf photography.

The following is Ted’s story as he travels around the Australian coast capturing the water culture of this great land with his LUMIX G-series camera and of course water-proof FT1. 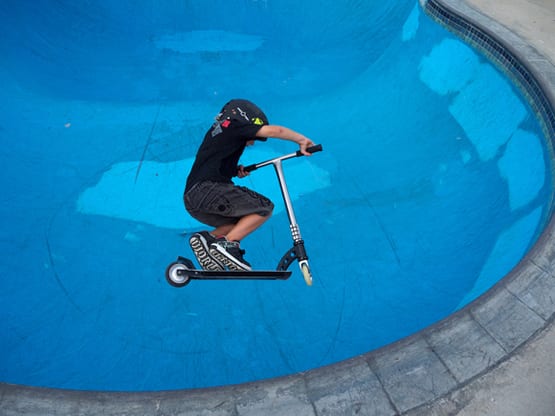 I was in Sydney for the “Boost Air contest” at Bondi beach. Behind the contest area was the skate bowl. Being acquainted with some great skaters but never really having shot it, I thought I’d give it ago. It’s a great sport to shoot because of the ability of the skaters to repeat manoeuvres in the same place.

This allows the camera such as the G1 to come up some great shots. After a few shots you can anticipate the action and shoot accordingly. The really bonus for me was the young age of some other riders that preformed really spectacular moves beyond their years, much to the delight of the crowd. The flip screen really helped to view the riders whilst holding the camera away from my eye, which otherwise would be extremely dangerous as I tended too use the widest possible angle on the zoom (usually zoomed out too 14mm). 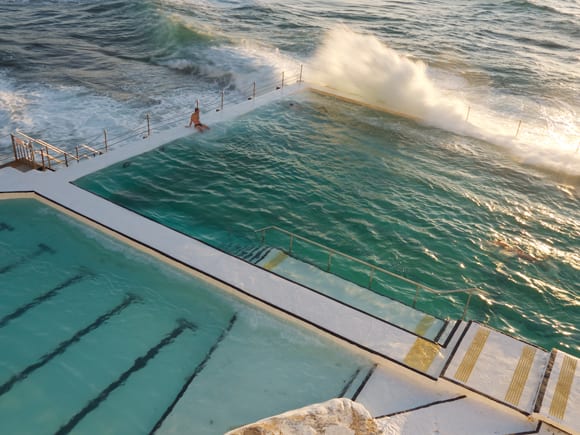 Bondi Icebergs – iconic Sydney land mark. I was attracted by by the beautiful tones and hue of the water. At first light the breaking waves become back lit adding an extra dimension. The back light high lights everything, splashing water, people anything being illuminated thus creates a sense of layers or separation with in the image. At the same time the lowest light creates and exhibits texture. The warm glow of the first rays are very comforting and inviting – on people this first and last light makes people look really healthy and vibrant. They glow!

The graphic lines of the pool seemed to be laid out by an Art director as the options to create interesting shapes with what ever composition are numerous. The white pool brings out tone in the water. Great images are all made up of various components, the subject, the composition, the light, the colour ,texture etc. in varying degrees but what they aspire to achieve as a finished result is too evoke “Emotion”. It’s only when you get to the “wow” stage is it obvious!

Many great photos are much more subtle in there emotive factor but no less powerful. A great way too improve your photos is too ask yourself why do you like particular photos that have have an impact on you. 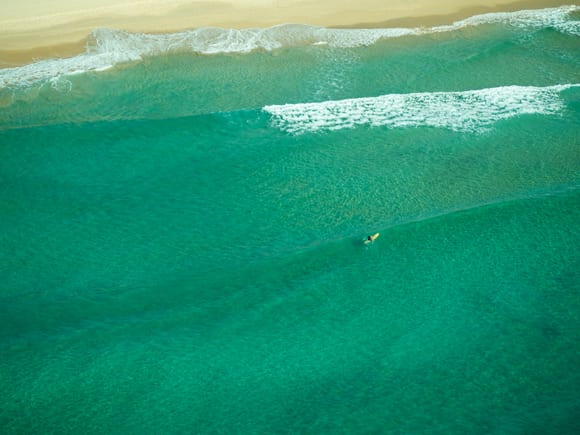 A Lone surfer awaits the next wave during an early morning session at Manly. Varying the perspective in any manner can totally change the mood of any photo. A chopper is extreme version of such a change. But generally it may it may be as subtle as lowering one self to the eye level when photographing a child to achieve their perspective. Constantly search for new angles , they won’t all work but guaranteed one will stand out from the others. 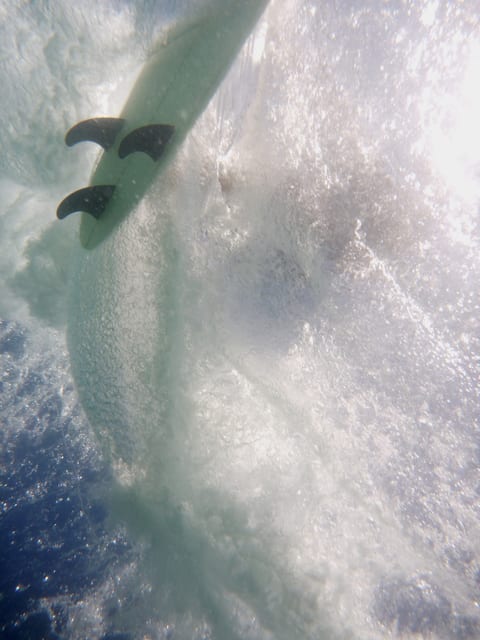 Shot with a LUMIX FT1

Swimming beneath the waves and shooting the surfers as they pass over head, requires many shots to actually get a few successful ones. The results are always interesting. A good face mask, set of swim fins and good knowledge of the ocean is recommended before you try this.

I shot this photo with the little Lumix FT1, which is both water proof and shock proof. An ideal camera for those active shots that other wise would not be possible without the alternative expensive water housings. This little camera soon became a favorite of mine.

To view more of Ted’s photos for Lumix Life: Focus on Australia visit his online gallery. Submit your own LUMIX photos and you could have them published in a professionally produced coffee table book along with Australia’s greatest photographers, including Ted! Simply visit www.lumixlife.com.au for details.