Panasonic ambassador and legendary surf film producer Jack McCoy has made his latest film, ‘A Deeper Shade of Blue’, predominantly on a Panasonic P2 camcorder.

“In the other digital cameras he had the white of the wave would just blow out into highlights. With the P2 camera he could see the detail of the wave all the way through”
Mathew Alexander, Product Manager, Broadcast, Panasonic Australia

Mathew Alexander (Product Manager, Broadcast, Panasonic Australia), has worked closely with Jack McCoy in his official capacity as Panasonic Ambassador. He describes the decision of Jack to us the P2 in making his latest film

“Jack was already working with KWN when I first met him and started working with him. He originally had shot most of his movies on 16mm film and some (Sony) tape based cameras. After studying our technology and because Jack is always looking for new and innovative ways to create his imagery he decided to give the Panasonic P2 a run. 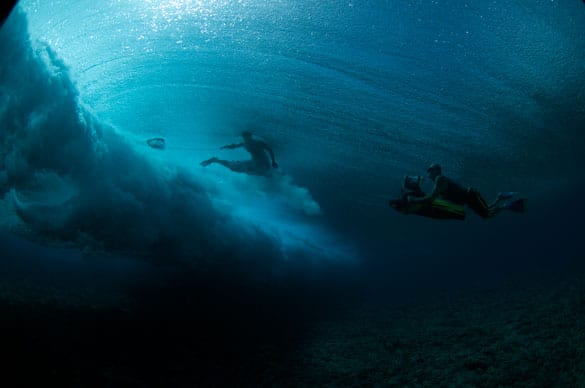 Even though the AG-HVX202EN camera that he first tried was about the same size as his other (Sony) tape based digital cameras the P2 high definition recording format and solid state card platform provided him with the flexibility to take it into the surf with him as well as a much higher recording quality. In Jacks words, he first noticed the difference when he recorded a wave folding over. In the other digital cameras he had the white of the wave would just blow out into highlights. With the P2 camera he could see the detail of the wave all the way through.

This is because both Jacks other digital camera and his AG-HVX202EN camera were high definition as far as the resolutions that they record (1080i/720p) but many compact digital HD cameras record in 4:2:0 colour space and highly compressed bit rates, typically 15Mbps to 25Mbps. P2 high definition cameras record with 4:2:2 colour space at a bit rate of 100Mbps so more information is able to be recorded. This is the reason that Jack noticed a difference with the waves as well as in other areas. 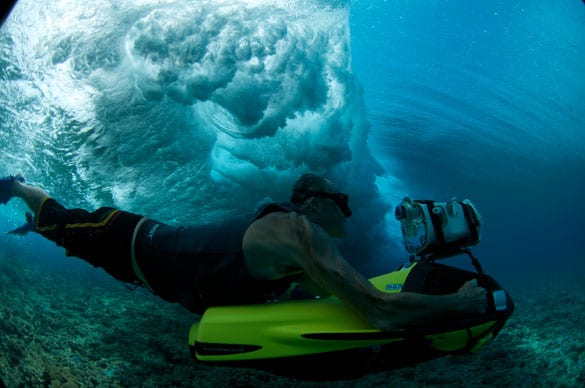 The robustness of the P2 solid state card platform also allowed Jack to use his P2 camera in the surf without getting drop-outs or condensation problems that are commonly associated with tape based cameras. Sand, salt-water and wind all combine to make shooting surfing one of the hardest type of shooting on equipment. P2 held up amazing well.

The combination of high recording quality, robustness and portability/flexibility of P2 allowed Jack to extend his considerable creative skills into making his new movie as well as other projects. In the hands of someone of Jack experience and talent the P2 really shined. I encourage anyone that is avid surf-film viewer to make the time to buy/rent/see A Deeper Shade of Blue. I think the shots that I have seen so far are amazing so it will be worth a look”.