Exploring vibrant Nepal with Ewen Bell and the LUMIX S5

Editorial photographer Ewen Bell journeys through Nepal with the compact full-frame S5 to capture big moments on the road.

I love spending time in the Himalayas. I love the winter light at higher elevations. I love the smile you get from a simple hello. I love the curries and momos. But I do not love lugging around a heavy camera bag while climbing up a trail. They always put the best temples at the very top of the steepest hills. – Ewen Bell, Editorial Photographer

Travelling light is a handy skill in Nepal. My style of travel photography leans into the idea that you only need a couple of prime lenses to capture most moments. Zoom lenses rarely offer the shallow depth of field and bokeh that I love for my compositions, and often they’re big and clunky anyway. So long as I have a 50mm and a 24mm, I’ll get most of what I want. Not everything, but most things.

The LUMIX S5 presented a very new option for me on this journey, not just because such a compact full-frame camera body was appealing, but because the new range of S-series f/1.8 lenses make the camera itself feel a whole lot smaller again. Easy to pack, modest to walk around with, but wrapped around a gorgeous 24MP sensor with rich dynamic range and all the features you expect from a fully professional body. All that, plus 4K 10-bit 422 video.

The LUMIX S5 is definitely ready to tackle anything the Himalayas can throw at it. 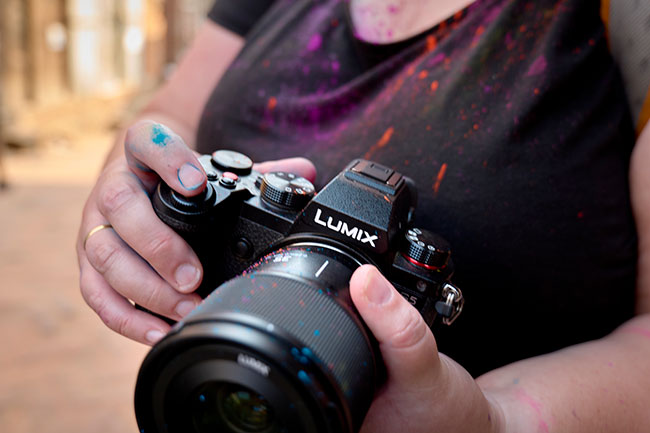 My first big treat from the LUMIX S5 was discovering that the batteries last longer than I do. We picked up my cameras a few days before flying, and didn’t have time to buy a spare battery. Everywhere was out of stock. It turns out we need not have been worried at all. At no stage in a month of travelling did we burn through more than half a battery in a single day. On one occasion I had filmed 128GB of footage and stills, and still didn’t dip into that second half of the battery.

Mostly, I found myself recharging every 3 or 4 days, only when a body dropped to half capacity. Since they charge over a USB-C cable, I could just daisy-chain off my laptop to top up whichever camera needed juicing up. Travelling with cameras that charge over USB is just magic, and means you need a lot less hardware to pack in the bag.

My wife and I are both professional photographers, and we’ve realised for some time now that clients are not really interested in super high pixel counts. 24MP on the LUMIX S5 is absolutely more than enough for our clients. I do love the 47MP files off the LUMIX S1R, but honestly not one of our clients have ever noticed how detailed they are, including my magazine editors. All they really do is fill up my NAS box faster. 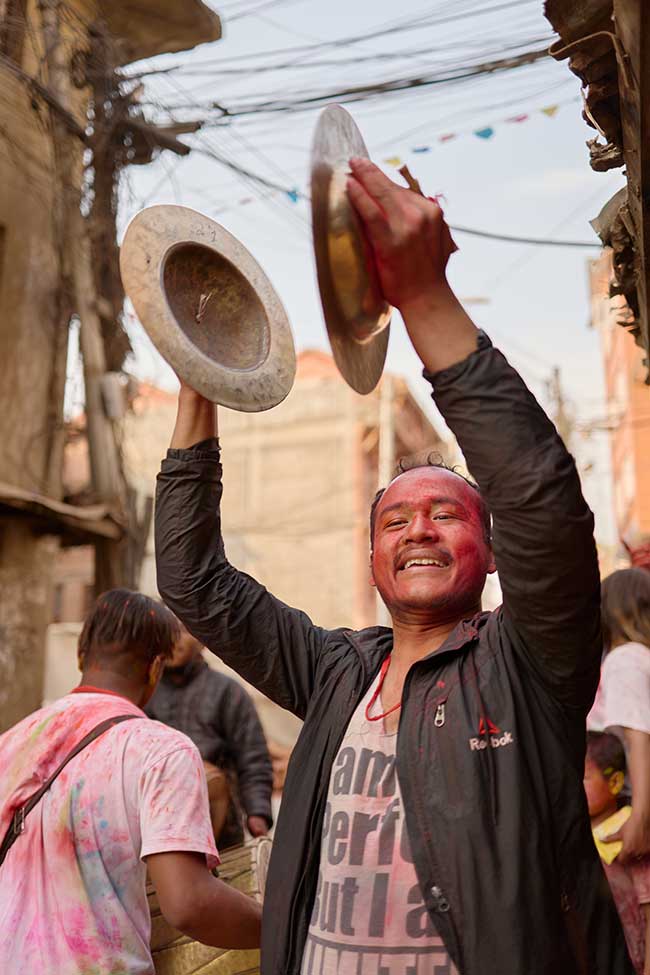 The LUMIX S5 does have a special mode to help you fill up disks however, a pixel-shift + multi-shot feature that creates a “hires” 96MP file instead of the regular 24MP. You put the camera on a tripod, activate the hires feature and it takes a series of 8 frames which are then integrated into a single RAW file. It’s big and it’s beautiful, and it’s ready at the press of a button for those moments when you think “actually this landscape is very special, I might want to make a very big print out of it”. 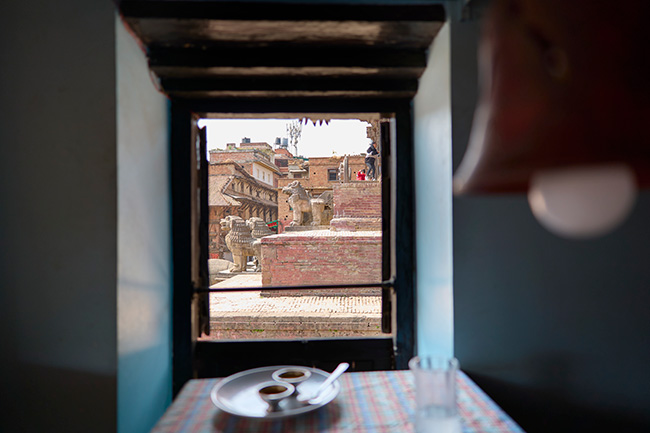 Panasonic expressly warned me that the hires mode is intended for tripod use, but I was kind of lazy and did most of mine hand-held anyway. The results were way better than I expected. I had used this same feature on the LUMIX G9 many times (it generates an 80MP file) and the large prints you can generate from a small sensor are stunning. The S5 continues this tradition from Panasonic to build-in the precise kind of flexibility that I appreciate in a travel focused body.

Vlog gamma is standard on the LUMIX S5. If you’ve done any professional video work on the LUMIX S1H you’ll quickly find your feet with the menus inside the S5. 4K 10-bit 422 full-frame is my starting point, although I did step into the FHD section to access 180fps 8-bit vlog along the way. The mode dial on the LUMIX S5 is geared for people just like me who love to pre-load a bunch of recording modes. In addition to the C1/C2/C3 and sub settings for C3, there’s also a dedicated movie dial you can configure, plus a dedicated “S&Q” for when you want to drop into variable speed settings.

My intention for this journey was to capture some beautiful video, but with unrigged bodies. No fancy monitors, no gimbals, and no ND filters. I didn’t want to pack a production setup, I wanted to lead a tour in the Himalayas and shoot from the hip. The LUMIX S5 was an ideal choice for this role. It’s so light that dropping three bodies with lenses into a single sling bag was no big deal.

The full-frame sensor on the S5 does mean the stabilisation has to work much harder when compared to the new GH6 though. Smaller sensors are easier to pack, while larger sensors are more demanding to engineer for counter-motion. The S5 generally did pretty well, but there were times when I was struggling with the elevation and my level of shaky was too much for the camera! While climbing up a hill at high elevation I’d stop to let my lungs recover, and pull out the camera to shoot some footage. My arms would jangle with every breath, and yet somehow the slow-pan would come out much better than I had any reason to expect.

While the S5 is very very nice and provides a genuine sweet spot between features and weight in a full-frame body, what takes it from nice to sensational are the new f/1.8 S-series lenses designed by Panasonic. This range all feature an f/1.8 aperture with a 67mm thread, and all pretty much the same size and weight. They are very very light, and punch way well above their weight. 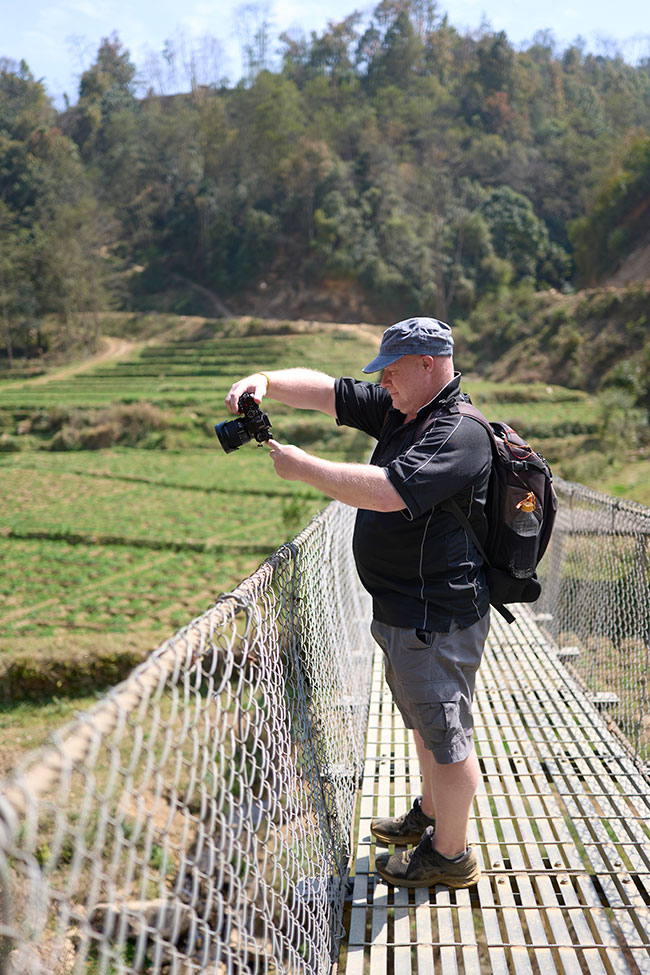 Mirrorless cameras have always promised the potential for smaller kit, but the trouble with full-frame systems is that a fast lens is typically a heavy lens. These new designs – currently offered in 18mm, 24mm, 35mm, 50mm and 85mm – are engineered to be light and small and consistent. They perform beautifully for AF and sharpness, deliver great contrast and beautiful bokeh. And did I mention they are LIGHT?

When you buy a LUMIX S5 with kit lens you get a 20-60mm f/3.5-5.6, which also turns out to be a very capable and useful lens . It’s the exact same size, weight, and thread as the new primes, so it fits in the kit very comfortably. There are times when 24mm is not wide enough for me, and the 20mm perspective is more pleasing. Typically, this is with big landscape scenes, where you want a little extra depth of field instead of shooting at f/1.8 anyway. I used the 20-60mm a lot for video work during this trip, much more than I expected, although I have to admit I am addicted to shallow depth of field and I really “found my feet” creatively when simply capturing motion at f/2 in the pre-dawn light. 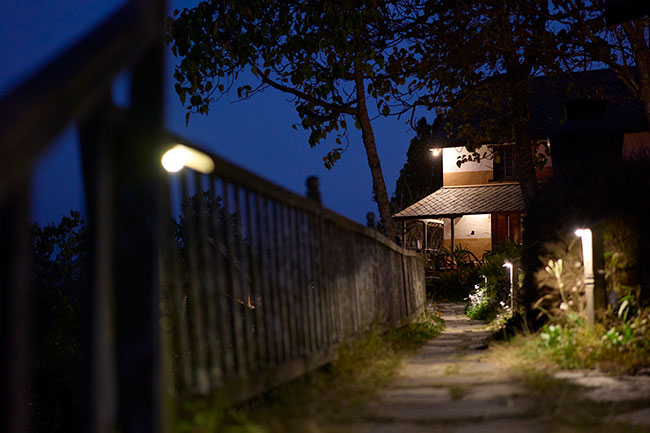 We also did some testing at night to see how the Dual-ISO performed on the LUMIX S5, and it was absolutely stunning. For low-light work the combination of a fast prime with high native-ISO is something of a treat. Keep in mind that the street price for the 50mm f/1.8 is almost down to $500, which makes it a very affordable prime for full-frame work. These are not nearly the most expensive lenses you can buy, not by a long shot.

For me the new lenses represent the missing piece of the puzzle that makes the LUMIX S5 compelling for shooting on the run. I love my LUMIX S1R gear and my big heavy f/1.2 and f/1.4 primes in the studio, but when I plan to spend weeks or months on the road, I really appreciate having a lightweight kit. There are few compromises to be made here. You can access a tonne of extra pixels when you need it by using the hires (pixel shift) mode. You get stunning dynamic range and velvety vlog footage with superior low-light performance. You can literally pack three of these in your bag and still have room for more toys.

Everything about the LUMIX S5 is a duality. Dual-ISO circuits to deliver better quality for high ISO captures. Dual SD slots for Type I and Type II speeds. Dual functionality as a video camera and a stills camera. While it’s great that leading edge cameras such as this can do both video and stills with skill, the truth is very few photographers can keep up with both sides of that offering. In my experience it’s always a bad idea to try and capture both stills and video on the same job; it splits your creative energy and your focus. You can easily end up doing neither of them well.

It took me a while to find my feet with the video. Shooting at 20mm wide angle, for example, you may start to see the wobble of the stabilisation in action. I soon realised that I need to stop trying to walk and shoot at 20mm without a gimbal. It won’t look good on the big screen. I also decided that I needed to worry less about shutter-angle and pay more attention to shallow depth of field. That’s my comfort zone, I should lean into it. Shooting more with the 50mm f/1.8, instead of the 20-60mm kit lens, let me work the compositions in a similar way to my stills.

I’m not filming a Netflix series here, instead I’m trying to capture the raw experience of being under the wide-open skies of the Himalayas. Stick within your creative comfort zone, and let the camera do its vlog magic.

I found myself trusting the AF for video more and more too. There’s a lot of talk about the AF on LUMIX systems, but I have to say that the LUMIX S5 was doing a way better job of grabbing focus than I would have. I found myself trusting it more and more as the journey went on. The internet is really good at focusing on quibbles and exaggerating differences, however minor. What the internet won’t often tell you is that there are infinite instances when the autofocus works marvellously well and delivers results.

While waiting for the dawn light to emerge in a small village we heard the tingle-tingle of goats trampling our way. Little bells dangle from their necks as they leave town to spend a day grazing on the hillsides. In the dim light I found immense joy in the AF, with a 50mm f/1.8 and the LUMIX S5 combining to perfection. The truth is this camera does an amazing job, and whatever AF mode you end up working with you need to learn its limitations and how best to drive it. 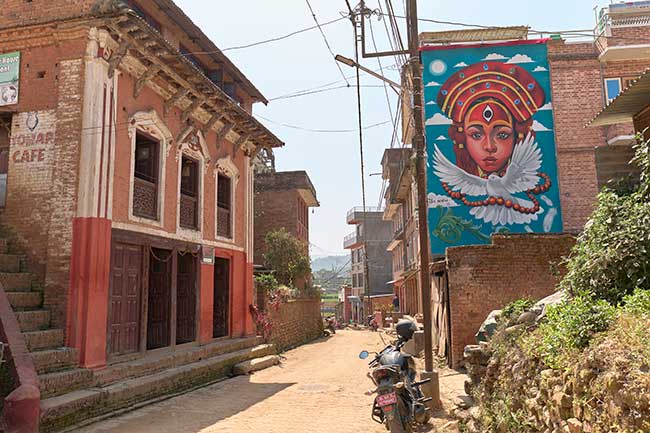