The Panasonic DMP-BDT330 has just received a very favourable 8.2 out of 10 in a review by Stephen Dawson from Cnet Australia. Our top-of-the-line Full-HD 3D Blu-ray Disc™ player was praised for continuing “Panasonic’s tradition of providing the best Australian DVD/Blu-ray performance from the big brands, while adding interesting network features.” 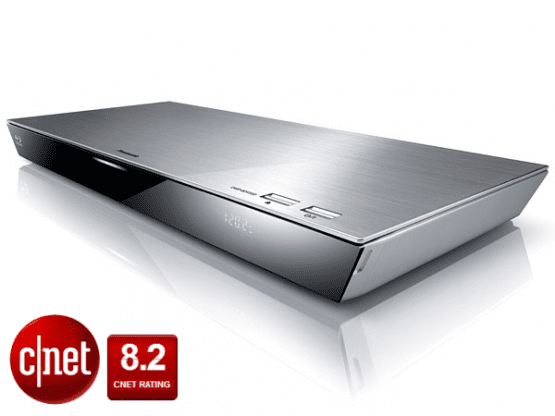 The review went on to call out the player’s progressive scan conversion technology on interlaced discs as the reason why “when it comes to Blu-ray and DVD playback, Panasonic does a better job overall than most players on the market.”

In terms of features beyond core disc-playing capabilities, Cnet were impressed with the DMP-BDT330’s added extras, including built-in Wi-Fi ® and “access to Panasonic’s latest set of internet features and wide media support from USB, SD and DLNA.”

Several connectivity features, such as the range of apps available, were also highlighted for allowing the user access to “most of the major streaming video facilities, Facebook and Twitter and a web browser.”

All in all, the DMP-BDT330 scored very well on a number of fronts. Of course the major ringing endorsement is that the Blu-ray does its main job exceptionally well… “When it comes down to it, all of that extra stuff is nice, but the main job of a Blu-ray player is to deliver high-quality video from DVDs and Blu-ray discs. There are very few players that can do as good a job on Australian discs as the Panasonic DMP-BDT330.”

Find out more about the DMP-BDT330.

Blu-ray Disc™ and Blu-ray™ are trademarks of the Blu-ray Disc Association.

Wi-Fi® is a registered trademark of the Wi-Fi Alliance.