We caught up with him to learn more about the challenges he faced while shooting this 3-part project with LUMIX and gained some insight on his experiences as a sports photographer who’s covered 9 Olympic Games.

How long have you been shooting sports?

I realised my dream of shooting sports full time and professionally in 1998 with the move to Allsport/Getty Images. My first experience shooting sports actually began in 1993 while I was still in high school.

Why sport and not landscape or weddings or some other niche?

I was always really interested in sports while growing up. Combining my love of sport with my passion for photography and desire to capture something unexpected or unique offered me the best opportunity to mesh my two passions together. I also enjoyed news photography early on, but had a few slightly traumatic experiences which made me realise that sport was what I really wanted to pursue in the long term. 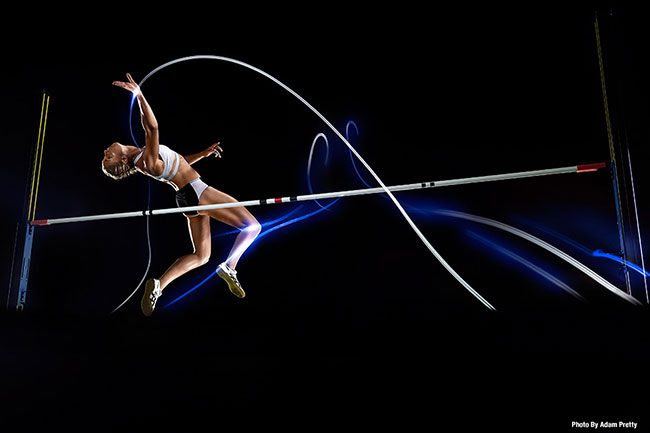 How did you come up with the 3 concepts in this collaboration with LUMIX?

I had to base the concepts on Olympic sports so it was a little easier to narrow down what I was going to try and shoot. I wanted sports that were dynamic and that I already had some ideas and concepts of what I wanted to shoot but hadn’t been able to realise. I wanted to capture movement as well as the peak of the action and had the idea of using light trails to accentuate this, and collaborating with the team at LUMIX and Getty Images we were able to narrow down what to shoot. I am often slightly ambitious with what I want to shoot so it is good to have a team of folks around to bounce ideas off and narrow down the concept into reality.

Which was your favourite to shoot of the 3, and why?

That is tough to answer, they were all amazing opportunities and as I was able to have full control of what I shot, so they were dream assignments. I really like challenging and pushing myself to make mistakes as that is when you have the chance to capture something really nice as you are right on the edge. I just love putting myself under pressure with the adrenaline and tension it involves, and I think I perform better when it is almost instinct and I don’t get time to think too much!

The locations and athletes I worked in for the rock climbing shoot were unbelievable, and we had perfect weather, everything just fell into place. The other shoots were also a real challenge as I was working with a new system and a new way of shooting and I was able to work with some really awesome and inspiring characters. Mr Usui and the Paralympians was a great story and the Judo, Sprinting and High Jump athletes for the “Luminous” shoot were also great to work with. Nothing was ever too hard for them.

How many Olympic Games have you covered? Which was the most difficult and why?

I think the Olympic Games Sydney 2000 was probably where I worked the hardest as it was my first games and I didn’t want to miss anything so just worked absolutely crazy hours. I got pretty sick during the Olympic Winter Games PyeongChang 2018, so that was really, really difficult as well. A lot of events there were at night and the weather was pretty brutal and just really hard work.

How has technology influenced your photography over the years, and how has it changed the way you work specifically during the Olympics?

Definitely it has influenced me, we started using digital cameras during the Olympic Games Sydney 2000 but I really wasn’t happy with the performance so I shot 100% on film after the first day of trying the digital camera. After Sydney it improved and it meant you are able to cover events totally live and the editors receive the images seconds after the race/event. I am always excited with camera developments and new technologies that could give me an edge, or some other tool to master and give me a different way to capture or cover an event. At the moment I am completely amazed by the quality and sharpness of the S-Series cameras and the zooms. The 70-200 f/2.8 is the best zoom I have ever used! And it is such a workhorse lens for a sports photographer. The other feature I really like is being able to use the AF while holding the camera in some really unusual positions which was not possible when I was shooting on an SLR, it has just given me another way of shooting and after 20 years or so it is like a breath of fresh air and really exciting and motivating to see what I can come up with that could be fresh or new. 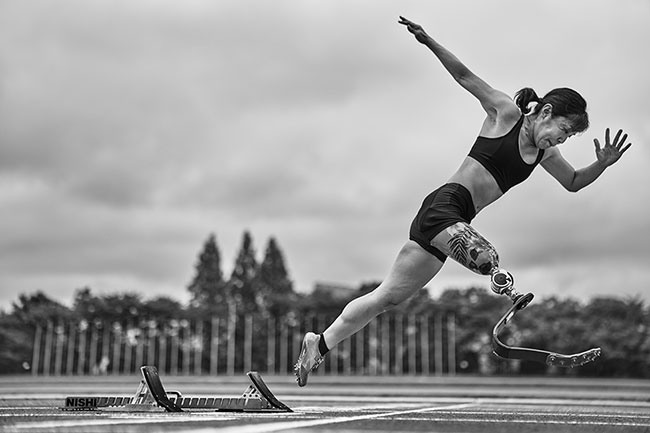 Cathy Freeman winning the 400m final and maybe also the 4x100m men’s freestyle relay at the Olympic Games Sydney 2000. I still get goose bumps remembering the noise and atmosphere as Cathy ran the lap around the Sydney Olympic stadium. The pressure she was under was immense, and still being able to perform and win as an Australian was absolutely amazing to witness. I can’t imagine anything beating that, as it was also my home town Olympics and my first ever Olympics.

If you had a dream shoot with any athlete in any scenario, what would it be?

I have lots of dream shoots… Shooting surfing in Tahiti when it is massive, also surfing and rock climbing in Tasmania would also be a dream, there are some absolutely amazing locations there, I am also really enjoying getting some great BTS access at some bigger events and that is also a dream assignment as it gives me the opportunity to capture imagery that no one else is getting and that is always my goal as a sports photographer. 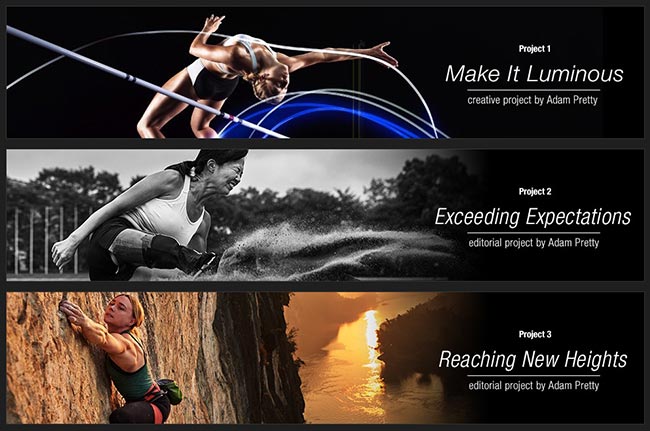